Why Can't Student Loans Be Cancelled? 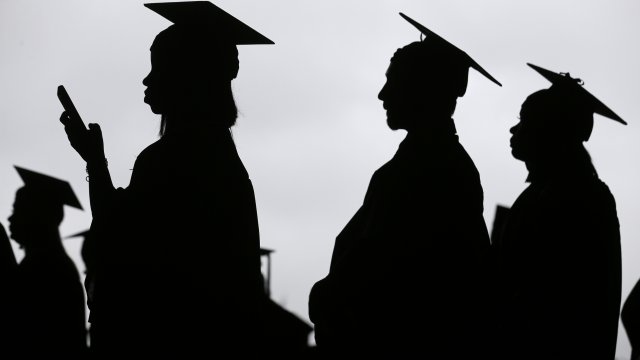 According to educationdata.org, student loan debt is growing six times faster than the nation’s economy.

Education has never been more expensive.

Today, student loans are the second highest category of consumer debt, second only to mortgage debt.

According to educationdata.org, student loan debt is growing six times faster than the nation’s economy.

That’s mostly because the cost of college has increased faster than housing, child care, and medical services over the last 20 years.

Right now, the amount of student loan debt in the United States is about $1.7 trillion.

That’s 43 million Americans carrying an average of about $39,000 in student loans.

A pause on repayments of federally-held student loans began in March 2020 when the pandemic began.

That freeze was extended several times by former president Donald Trump and now President Joe Biden. But that pause is set to expire at the end of August.

Calls for some or all of that student loan debt to be forgiven have continued.

In his campaign for the White House, then candidate Biden made a promise to wipe out $10,000 of student loan debt for every person. Some in Congress are on board.

But the White House now says President Biden will sign legislation to do that, which puts the burden on Congress to act first.

The issue is stalled in the Senate. The chamber, controlled by Democrats, has not acted. And President Biden is weighing whether he should announce a cancellation as an executive action.

They argue without the payments, borrowers would have extra money each month which could be spent or invested.

They could also have more financial freedom to get married, start a family, buy a home, save for retirement, or start a business.

Advocates for cancelling debt say the problem is linked to the racial wealth disparity in the U.S. Black families have a lot more debt relative to income.

But opponents say canceling student debt is misguided, or worse.

Opponents point out that nearly half of borrowers took out loans for graduate school. Those educations generally mean higher salaries, making borrowers better able to pay it back.

Any student loan relief would most likely be a one-time solution.  And borrowers who already paid off their student loans would not be reimbursed.

And some legal experts say only Congress, not the president, has the authority to cancel the debt.

Opponents say colleges should instead focus on lowering costs and Americans should opt for less expensive community or state colleges.

The plan to cancel up to $10,000 of student loans for borrowers would cost about $400 billion, according to Forbes.