Why Did The US Send A Ship To The South China Sea? 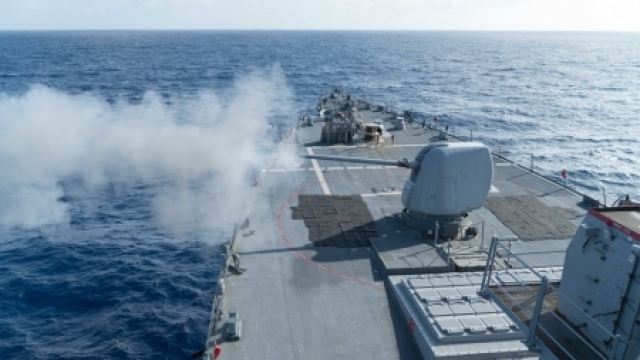 A U.S. ship recently sailed near Triton Island, one of the islands that many nations claim in the South China Sea.

One of the U.S. Navy's latest operations included sending a ship near Triton Island in the South China Sea.

What's the point? Department of Defense spokesman said it was about "challenging excessive maritime claims that restrict the rights and freedoms of the United States and others, not about territorial claims to land features."

China has taken stake in the island, but Triton and the other Paracel Islands are all claimed by several countries, including Taiwan and Vietnam.

And as you might have guessed, China wasn't too happy. (Video via BBC)

The U.S. military has done operations like this in the area before with the Navy and Air Force. (Video via U.S. Navy)

This video includes an image from U.S. Navy.