Why Do Cats Hiss At Us? 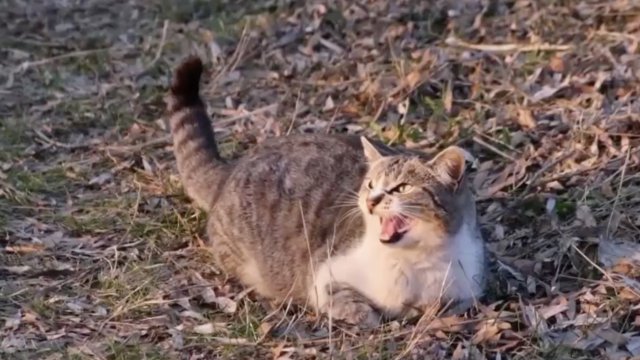 If you have a cat, you already know about how they sometimes hiss. It’s part of the way they communicate.

If you have a cat, you already know about how they sometimes hiss.

And sometimes it sounds awful.

But it’s part of the way they communicate.

A lot of times when a cat hisses it’s because they’re scared or threatened.

Sometimes a hiss is a warning: They’re saying, "back off or I’ll attack."

And it also let’s them show off their sharp teeth. You don’t want to mess with those.

That pose looks a lot like a snake getting ready to pounce, and some animal experts say that cats actually developed hissing from watching snakes.

Another reason cats hiss is because they’re experiencing something or someone new.

Cats like the familiar. So if your cat hisses at your new boyfriend or girlfriend, it’s their way of saying, "I don’t know you yet," not them telling you that that person smells bad.

And sometimes your cat might hiss because they need their space. They might not want to be groomed or petted at the moment.