Why Do Hot Dogs And Buns Come In Different Counts? 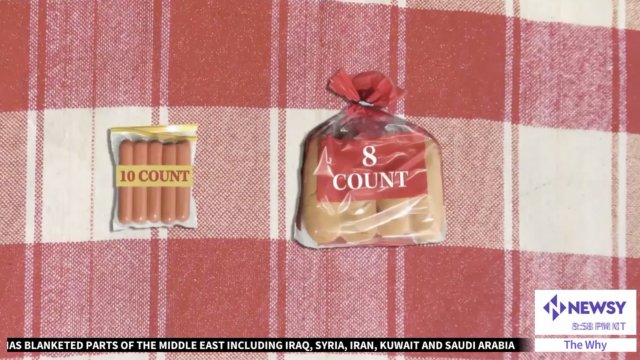 Manufacturers opted for ten to a pack.

But buns have a different story.

They were baked in clusters of four, in pans that would hold eight rolls.

Today, baking pans can do buns in quantities of 10 or 12.

And some hot dog makers package franks in quantities including eight or 12 to a pack.

But ten dogs and eight buns is still pretty common.

That means to get a matching number you would need to buy five packs of buns with eight each, and four packs of hot dogs with ten each.