Why Do Languages Have Gendered Words? 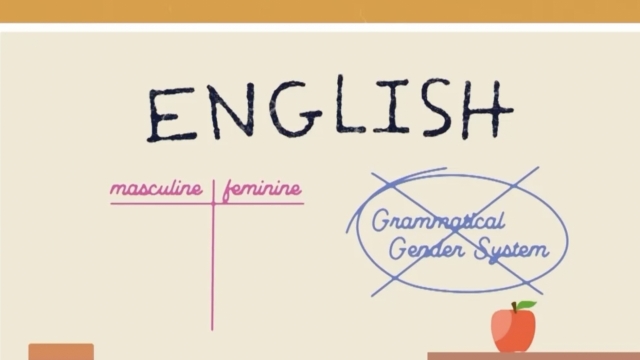 Have you ever wondered why certain languages have grammatical gender? Newsy's Lauren Magarino spoke with an expert to find out.

Jennifer Dorman is the head of User Insights at Babel. It's an online language learning platform and a bit of a language expert.

"Grammatical gender is a classification system for nouns," said Dorman.

She says gendered grammar most likely evolved to reduce ambiguity in our speech and to increase the effectiveness of communication.

We can’t pinpoint exactly when languages started doing this, but it’s been going on for a long time.

"We can go back in time thousands and thousands of years to sort of the parent, the Proto language which is referred to as Proto-Indo-European, which we are pretty sure did have something like grammatical gender. Most likely it classified nouns as animate, so like living — and inanimate, so like objects," said Dorman.

Today Dorman says 44% of languages have grammatical gender systems, which can help ease communication for people speaking and understanding a language.

When Germans need a new word, they often merge existing words together.

"From a very practical standpoint, grammatical gender produces markers on the nouns and on the words associated with nouns, like their articles or their ending their adjectives. And so, in a normal conversation we can use some of these extra markers to immediately specify exactly what we're talking about. So, I don't have to say, can you hand me the knife? I can just say, can you hand me it? And in a language of grammatical gender, if there's lots of other objects around, saying it with the right gendered article or the right gendered pronoun will immediately disambiguate, make it a lot easier to know exactly what we might be talking about," said Dorman.

English does have some words that are associated with gender, but it does not have a true grammatical gender system.

"English used to have grammatical gender. We started losing it as a language around the 11th century. When we lost that, we started to evolve into what would be referred to as a natural-gender language. And what I mean by that is we do have reference that are that we tend to associate more with biological gender: actor, actress, for instance. Waiter, waitress; steward, stewardess.  And those sorts of gendered pairs are something that we might see in natural gender language," she said.

Lacking in English, but present in thousands of other languages, gendered grammar will define nouns for generations to come.