Why Do Men Have Bigger Noses Than Women? 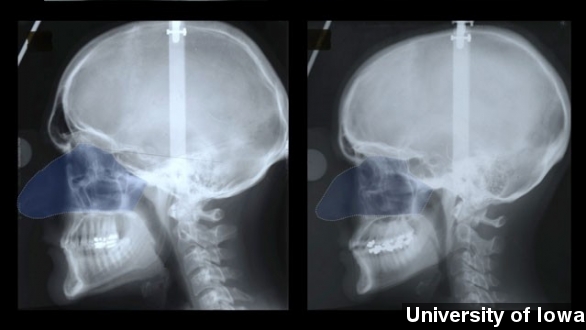 Human noses come in all shapes and sizes, but on average, men’s noses are 10 percent bigger than their female counterparts.

Ever wonder why guys have bigger noses than women? What? Don’t act like you’ve never noticed.

Human noses come in all shapes and sizes, but on average, men’s noses are 10 percent bigger than their female counterparts and researchers from the University of Iowa think they finally know why. (Via Global Toronto)

The team tracked the nose sizes and growth rates of 38 people, both male and female, from the age of 3 until their mid-20s. Nose sizes from toddler-hood until puberty were relatively similar, that is, until puberty reared its angsty head at around age 11. (Via University of Iowa)

The researchers theorize nose-growth difference at puberty is directly correlated to the oxygen needed for muscle growth. (Via Discover)

Having a large nose means that more oxygen is inhaled. More oxygen leads to the development of healthy, lean muscles.

Previous studies have shown 95 percent of the weight males gain during puberty is lean muscle, which only accounts for about 85 percent of female growth during puberty. Lean muscle is metabolically more expensive. (Via YouTube / VEA Australia - New Zealand)

The researchers think the difference is cause by the evolution of early human males, who required more muscles and more oxygen — and subsequently bigger noses —  to survive. (Via BBC)

In fact, when comparing the physiologies of Neanderthals and modern humans, modern humans have smaller rib cages and lungs; traits the researchers feel reinforce their oxygen-muscle mass theory. (Via WITI)

The group only studied individuals of European descent, but say the research will likely apply to all racial and ethnic groups. The study was published in the American Journal of Physical Anthropology.