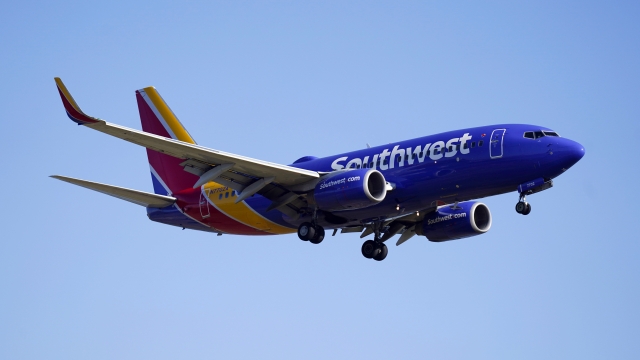 If you’ve traveled by air, you know that sometimes it inspires frustration and questions.

Planes cruise almost 7 miles high in the sky. That's 7,000 feet higher than Mount Everest. A major reason for flying at that altitude is money; After labor, fuel is the greatest expense for airlines. That’s why airlines are constantly working to maximize their fuel efficiency. Cruising at 36,000 feet helps with that. The higher altitude means thinner air. Thinner air means there’s less of a drag against the plane. And that means it can keep going at the same speed without guzzling more gas. But fuel isn’t the only reason planes fly sky high. There’s also less traffic at that altitude. That means avoiding birds, drones and other vehicles like helicopters — which typically stay at about 10,000 feet.

Finally, 36,000 feet acts as a safety buffer. At a higher altitude, a pilot has more time to make a correction in an emergency or find a spot to land.

So, the next time you’re frustrated you haven’t taken off yet, turn to the passenger next to you and say, "Hey, want to know why we’re about to cruise at 36,000 feet?"

I’m certain they will thank you.

A congressional report in 2019 warned the Pentagon faced a shortfall of over 3,000 pilots which it states has been "several years in the making."