Why Do We Have Middle Names? 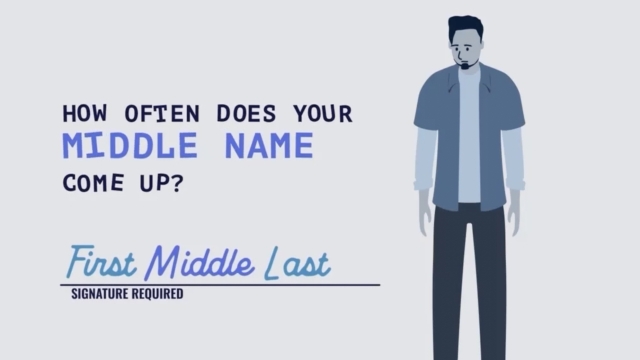 Turns out middle names have an interesting origin and historical purpose.

How often does your middle name come up? For most of us, middle names aren’t used until it’s time to sign for something, or identify ourselves. But, what are they really for?

History says middle names began in ancient Rome — when many Romans had three names: A praenomen was a personal name, or what we call first names today; a nomen, which was a family name, and lives where middle names currently sit; and the cognomen, which identified what branch of family you were from, similar to what last names do today. It was a practice mostly reserved for men. Women had two names, and slaves had only one.

Historians say having more names during this time earned more respect. But the use of middle names has evolved. Historians say elite European families in Italy revived the Roman tradition in the 13th century. Many honored saints by giving their children a second name after them, in hopes it would bring protection. But as German immigrants came to America in the 18th century, genealogists say they would begin to write a new story — slowly moving away from religious middle names and getting more creative. John Quincy Adams was the first American president with a middle name taken after his great-grandfather.

Today, Americans are still sifting through family trees to find middle names — just not as much.

A recent YouGov poll found 43% of Americans are named after family members, while 24% say their parents just liked the way it sounded. Lineage-related names are still a male-dominated practice.

YouGov found 32% of men say they were named after a family member, compared to 21% of women. And men’s first and middle names are mostly taken after their fathers.

So, while old traditions seem to be dwindling, it appears that families still aren’t done passing the torch.

Couples Are Creating New Last Names Instead Of Adopting One

Newsy's Casey Mendoza explains how and why she and others are creating new last names after getting married.