Why Even Celebrities Can Often Be Victims Of Elder Abuse 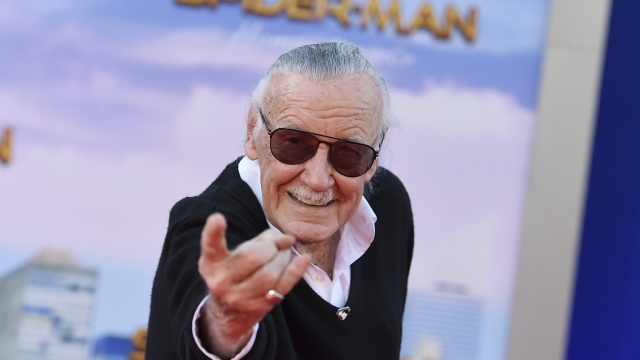 Elder abuse is a more common problem than it may seem, but it's gotten increased attention from a number of high-profile allegations and cases.

In May of this year, Marvel Studios made a controversial announcement about the late comic book legend Stan Lee.

The company announced a 20-year deal with POW! Entertainment, licensing Lee’s name and likeness for future films, TV productions and more. But a number of fans questioned the deal. Shortly before his death, Lee and his team had sued POW! Entertainment, alleging they got him to sign documents under false pretenses or even forged his signature.

Late in his life, Lee was caught in a complicated financial and legal battle between many of his close associates and even his own family. One of Lee’s associates was even arrested in 2019 on charges of elder abuse, though he would later plead not guilty.

Elder abuse is a more common problem than it might seem since it’s vastly under-reported. It can come in many forms, like physical, psychological or neglect. But, financial elder abuse is one of the most common.

The National Adult Protective Services Association estimates only 1 in 44 cases of financial abuse ever come to light, but it has gotten increased attention from a number of high-profile allegations and suspected cases.

"At first it was something small, and I could control it," actor Mickey Rooney said. "But then it became something sinister, like daily life became unbearable."

"Well, our mission statement, there's a couple of them because it's to inform and educate so this doesn't happen to you — prevention, prevention, prevention — because once you're in it, it's very hard to get out of it," Kerri Kasem said. "Then another one is to just curb elder abuse as much as possible with the bills that we go state to state trying to get passed."

Court-appointed guardians and conservators are often a lifeline for seniors. But guardianship laws vary widely across states, and sometimes they have very little oversight. Britney Spears brought worldwide attention to the potential for guardianship abuse that can be relatively easy to start and difficult to end.

"There's some beautiful, wonderful people who really take care of their vulnerable person, their elderly person, whoever it may be," Kerri Kasem said. "There are the ones that are the bad seeds and they're really, really bad."

In 2021, California Gov. Gavin Newsom signed into the law the so-called “FreeBritney” bill to prevent some of the abuses seen in the case and make it easier for adults to remove their conservators. Congress has also proposed legislation in response to the case. The House bill known as the ”FREE Act” proposes a number of reforms, including an independent caseworker for each conservatorship to monitor for abuse. The Senate bill “The Guardianship Accountability Act” expands federal oversight and proposes a national resource center.

Despite all this new focus on guardianship oversight, it’s important to remember the vast majority of abuse comes from close friends and family. Investigations into suspected elder abuse by Adult Protection Services are usually as complex as any domestic dispute.

"A lot of people think abuse comes from the outside in, when a lot of times it's the inside out, meaning it's family members," Kerri Kasem said. "But it is, I mean, so painful when you're in these situations and you can't make decisions because you don't know what mom or dad want. Or, somebody is making decisions and you know what mom or dad want, and you can't do anything."

"I continued to share my story with others," Mickey Rooney said. "I told them about the abuse I and my family have suffered. I’m now taking steps to right the wrongs ... that have been committed against me."

As the "over-85 population" is expected to almost quadruple, efforts to prevent elder abuse and increase reporting tools for victims will become more urgent.