Yes, More Republicans Are Retiring. No, It's Not All About Trump. 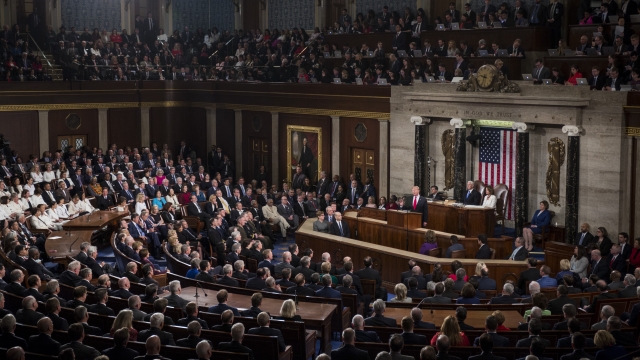 There are short-term and long-term factors, but House GOP members have been retiring at higher rates than Democrats for decades.

In an election cycle when it feels like there's a new House Republican each week announcing their intent to retire or run for a different office, the hot takes are fairly easy: It's because of President Trump, right? Not quite.

Overby acknowledges that a president "who plays the game of politics as a game of subtraction, not addition" is a major factor. But congressional retirements by Republican members of the House of Representatives have outpaced Democratic retirements for nearly three-quarters of a century.

So why do GOP members of the House walk away more often?

"So there's been some recent work done on this that has suggested that the parties are not just mirror images of each other," says Overby. "That there are significant cultural differences between the Republican Party [and] the Democratic Party."

Overby says those differences often include better options in the private sector and a desire to serve in a more "executive" role.

"There is more sort of progressive ambition, more of a sense that there's a better job out there that Republicans seem to indulge than Democrats do," says Overby.

He says this is part of why there's no significant difference between Democrat and Republican rates of retirements in the Senate — a chamber that holds some executive functions like ratification of treaties and confirming White House nominees and ambassadors. Overby notes the Senate (unlike the House) isn't necessarily dominated by the majority party. It's also commonly referred to as the chamber "where things go to die."

Again, Overby returns to the combination of short-term and long-term forces when predicting the retirement rates we'll see in 2020.

"So in the long term, you have this ongoing ... pattern of Republicans leaving office at higher rates than Democrats in the House," says Overby. "And add to it the peculiarities of serving in this very weird timeline we're in right now with the White House and a president who is unusual. And I think you're going to see a lot of Republicans thinking they don't want to do this anymore."