Why Is American Election Season So Long? 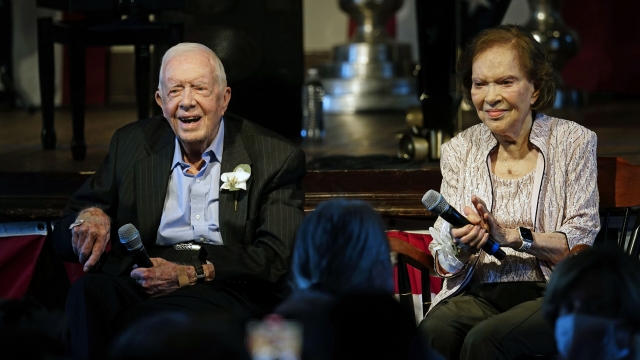 Talk about the next presidential election is already underway and that's because American presidential candidates run relatively long campaigns.

If it feels like it's always election season — you're not really wrong.

Talk about the next presidential election is already underway and that's because American presidential candidates campaign longer than candidates in most other countries.

So, why is election season so long? In part because it can be, according to Hannah McCarthy, the host of the "Civics 101" podcast and author of "A User's Guide to Democracy: How America Works."

"The clearest answer here is that the American election system goes on and on and on because we don't have a law limiting how long the election season goes on. Like so many other countries in the world, the FEC does not say, we must start now and stop here," said McCarthy.

Political Campaigns Have More Data On You Than You Might Think

Technology and social media have increased digital footprints, meaning campaigns can know a lot about a person before they even contact them.

In Mexico by law, candidates have 150 days to get through party nominations and the general election. In Japan, the law limits candidates to just 12 days of campaigning and Canada had its longest election cycle in 2015 — 78 days.

Also responsible for the never-ending campaign cycle in the U.S.: former President Jimmy Carter. He started campaigning for the 1976 election in early 1975, crisscrossing Iowa nearly a year before the state's caucuses. His popularity grew there and eventually launched him into the White House. That "start-early" strategy caught on.

"It really is in 1976 where you start to see these primaries proving themselves not just as a way for a candidate to get their foot in the door early, but as an important place that you have to prove yourself in order to win the nomination down the line," said McCarthy.

"American campaigns are very expensive. The candidates need a lot of time to raise as much money as they can," said Traugott.

Presidential candidates and political groups spent a total of $5.7 billion on the 2020 election. But that doesn't always pay off with voters. The year-round cycle wears them out. In a 2016 Pew Research survey, 59% of Americans said they were worn out by the amount of election coverage.

But don't expect the non-stop campaigning to slow down anytime soon.

"This is the system that we have had and will continue to have from quite far into the future," said Traugott.

That means presidential races may continue to feel like ultra-marathons.