Why Is ISIS Freaking Out In Its 'Capital City'? 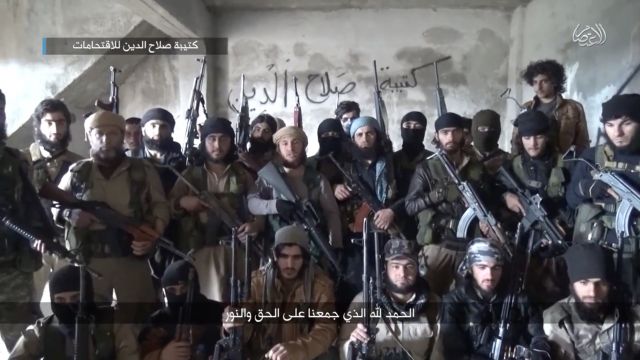 ISIS has declared a state of emergency in Raqqa, Syria, and officials are trying to figure out why.

U.S. officials say they're monitoring ISIS supporters' social media posts, some of which hint that the terrorist group is feeling threatened in its self-proclaimed capital city.

ISIS has declared a state of emergency in Raqqa, Syria, and appears to be planning a full-scale defense against ground attacks and airstrikes.

In a briefing at the Pentagon, Col. Steve Warren said: "We know this enemy feels threatened. ... ISIL understands that their days are increasingly numbered."

Still, no one is really sure why the terrorist organization has suddenly gone into an apparent state of alert. Ground and air forces don't seem to be moving toward the city.

But recently, rebel forces — backed by the U.S. — have made steady progress taking territory surrounding Raqqa, and that might be what's making ISIS wary of an imminent attack.

But ISIS' defensive might not work out. Military officials said the sudden movement of insurgents around Raqqa could give aircraft a better chance of targeting them.

This video includes clips from U.S. Central Command and U.S. Department of Defense and images from Getty Images.