Why Is Quick Quitting Gaining Momentum? 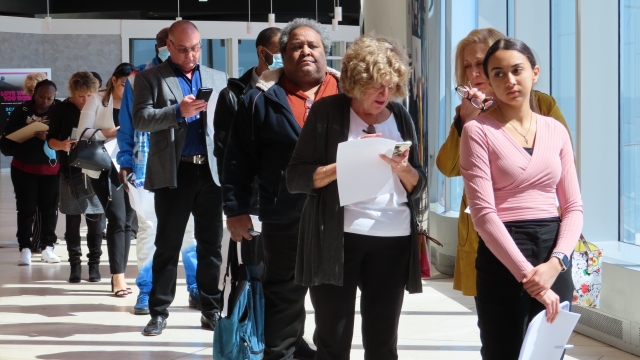 A LinkedIn study found the short tenure rate is up almost 10% in the past year.

The trends in the workplace are still emerging after the pandemic.

We heard about "quiet quitting" — Americans showing up to work but not putting in their best effort. Now, we're in the days of "quick quitting."

It's a new workforce phenomenon where unhappy workers are more comfortable quitting their jobs sooner rather than waiting a year, once seen as a standard amount of time to hold on to a job.

The short tenure rate or STR, measures the fraction of positions that were held for less than a year.

A LinkedIn study found the STR is up almost 10% in the past year.

The art and recreation industries are seeing this the most, according to the findings.

That same study found many workers say they're still confident in the labor market despite economic uncertainty and are searching for better jobs.

But exactly why Americans are leaving jobs earlier than in the past can't be pinned down to one reason.

"When you look at the jobs that are having trouble hiring ... it's the ones with really long hours, inflexible schedules, not great pay, and limited benefits," said Paige Ouimet, a finance professor at the University of North Carolina. She says that applies to quick quitters too.

According to Forbes, another reason is understaffing in the workplace.

The restaurant just north of Norfolk went from having six employees in the evening to just two.

"We've had to make amends. We're only open for lunch now. I would love to open for dinner – I just can't feasibly do it at this point," said Chef Manager Jane Massey.

According to Forbes, workers are searching for higher-paying jobs to fight off inflation and higher prices.

At the end of September, there were 10.7 million open jobs with more than 6 million unemployed Americans.

As employees' attitudes shift, Forbes claims they are prioritizing their physical and mental health.

As a result, they are less likely to stay at a job with a poor work-life balance.

According to one study by MIT Sloan Management Review, the top reason some workers left their job was a toxic work culture, which is 10 times more likely to contribute to an employee leaving their job than compensation.

As the new ways of the workforce emerge, employers are left with the same equation: keep employees motivated and not become part of the latest trend.