Why Is The FBI Accused Of Politicization? 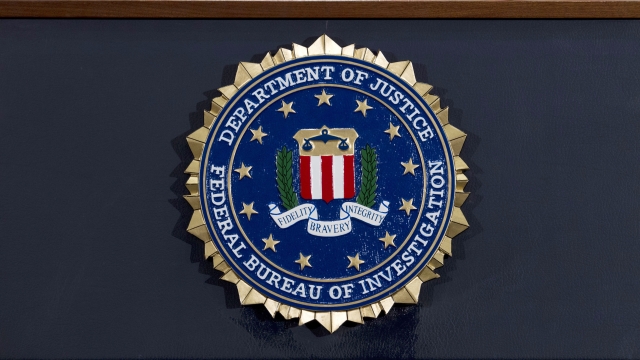 What is the history behind the FBI, and why do many accuse it of becoming politicized?

The history of the FBI traces back to Napoleon Bonaparte's great nephew. Charles Bonaparte was an American lawyer and political activist.

In 1906 President Theodore Roosevelt appointed him to serve as his attorney general.

Bonaparte struggled to enforce federal laws because the Justice Department didn't have its own investigators. Initially he borrowed Secret Service agents to help, but Congress banned that in 1908.

He wrote to Roosevelt afterward and asked for an "executive force directly subject to" the Justice Department's orders.

Ronald Kessler is the author of "The Bureau: The Secret History of The FBI."

"Initially the FBI was in charge of enforcing bankruptcy laws and one or two other laws," said Kessler.

Kessler has written several books on the FBI, which was originally known as the "Bureau of Investigation" when it started with just 34 agents.

"And then it gradually grew and grew. And there were more and more federal laws passed. Now there are hundreds of federal statutes that are enforced by the FBI." said Kessler.

Today the organization employs about 35,000 people with 56 field offices across the U.S. It's the main investigative arm of the Justice Department.

Lindell has been charged in what prosecutors say was a "deceptive scheme" to breach voting system technology used across the country.

And the scope of the bureau's present work is wider and under more scrutiny.

Questions, criticism and threats have grown after the FBI's search for classified documents at former President Donald Trump's Mar-a-Lago estate, under the attorney general's order.

Decades ago, the FBI was used as a political tool, according to Javed Ali, a national security professor at the University of Michigan who also worked in the FBI for 11 years.

"The history going back to the fifties, sixties, into the seventies, shows that the bureau unfortunately made a lot of mistakes on that front," said Ali.

That was under the 48-year tenure of former FBI director J. Edgar Hoover.

In 1975, a Senate committee found that while Hoover was in charge the FBI committed burglaries against dissidents and conducted surveillance on feminist and civil rights groups

But Ali says that type of political targeting is not what is happening today.

"The FBI has tried really hard not to go down that previous political pathway. It doesn't mean that the FBI is immune from making mistakes, but I don't think it's been because of the institutional focus of the organization," said Ali.

There have been a dozen or more incidents of FBI agents reporting strange brain symptoms on U.S. soil, but investigation remains relatively quiet.

According to polling from the Pew Research Center, over the last decade Americans have largely viewed the FBI favorably. But it comes down to political affiliation. Republicans are more likely to hold an unfavorable opinion.

Ali says that's a response to the recent actions of a few members of the FBI, not bureau-wide partisanship.

"Going back to the Russia investigation, I think the public record now shows that there were individuals who were involved in that investigation, in the FBI, who were expressing their personal political opinions and beliefs," said Ali.

In 2018 the FBI's deputy director fired agent Peter Strzok. Strzok led the investigation into Russian interference in the 2016 election.

The watchdog later concluded that political bias did not impact the investigation.

But that followed another controversial FBI probe into Hillary Clinton's private email server. Then FBI director James Comey called her behavior "extremely careless" but did not recommend charges against her.

The recent search of former President Trump's Mar-a-Lago estate is reigniting debate over the FBI's practices and over suspected partisanship.

"All it takes, unfortunately, is one or two people within the course of their duties 'going off the reservation,' and then again, either doing the things they're not supposed to do or creating the perception that the FBI isn't what it is truly as an organization. And that just feeds into these political perceptions and narratives that are out there," said Ali.

The FBI's motto has long been "fidelity, bravery and integrity."

Its ability to carry out that motto and Americans' perception of that will determine the trust it holds.