Why The Opioid Crisis Wasn't Declared A National Emergency 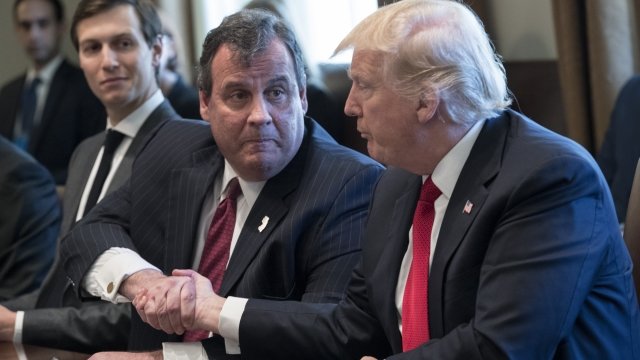 When it comes to declaring emergencies, the type of emergency can determine how much funding the federal government will allocate.

The move is somewhat out of line for the administration. In August, the Chris Christie-led Commission on Combating Drug Addiction and the Opioid Crisis told Trump that he should declare a national emergency. The president said he planned to follow the recommendation, but he has since changed course.

Walgreens says it will stock naloxone in all of its more than 8,000 U.S. locations.

But experts worry that the Public Health Emergency Fund won't be able to provide enough money to solve the problem. There's only $57,000 left in the fund, which is microscopic compared with how much opioid substance abuse treatment costs the U.S. — at least $28 billion a year.

The money problem may have been less of a factor if Trump had declared the crisis a national emergency. In that scenario, the U.S. would've used money from FEMA's Disaster Relief Fund to combat opioid addiction. But officials said they didn't think it was appropriate to reallocate money for natural disasters to a much longer-term problem.

The declaration also waived some rules so federal agencies can better control the crisis as Congress and the president figure out funding. One of those changes will allow opioid addiction patients in hard-to-reach locations to consult with doctors via telemedicine in lieu of an actual appointment.