Why Is The World Cup Being Played In The Winter? 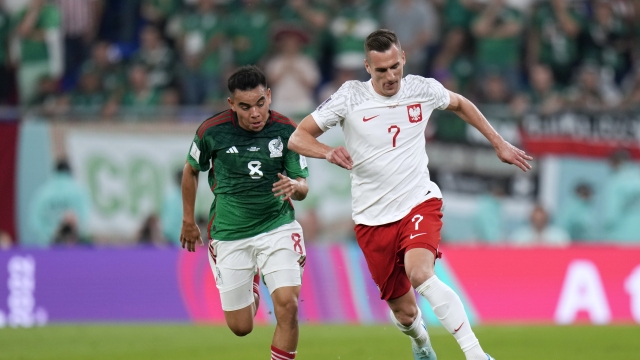 The World Cup is happening now, but why is it starting so late?

The world’s game is now on the world’s stage — in the winter. This year you can watch World Cup matches between your favorite holiday movies. So why is the tournament so late?

"The simple answer is because it's really hot in Qatar. It's upwards of 107 degrees in the summer," said Kyle Bonn, a soccer content producer for The Sporting News.

That is really hot. And it’s a problem FIFA knew about when it awarded Qatar the games in 2010.

But the organization is also set on growing the game.

"There is certainly excitement around this year's World Cup. The fact that it is different, people have adjusted. FIFA loves to talk about promoting the game," said Bonn.

"This is the first World Cup in the Middle East. They are big on moving these events around. And that does have a positive effect on the game."

But that means a delayed kickoff this year. Other soccer leagues adjusted their schedules and TV networks pivoted to make it work. From a heat perspective — the move appears to be a smart one. In 2018 Croatia and France played in the championship match on July 15. This year Lusail, Qatar reached 104 degrees on that same date. And this year Lusail will host the final match on December 18, when it’s expected to be closer to 80 degrees.

A cooler temperature — for hopefully a firey match.

The Saudis' previous biggest win was 1-0 over Belgium at the 1994 World Cup.