Why Is There A Shortage Of Psychiatrists? 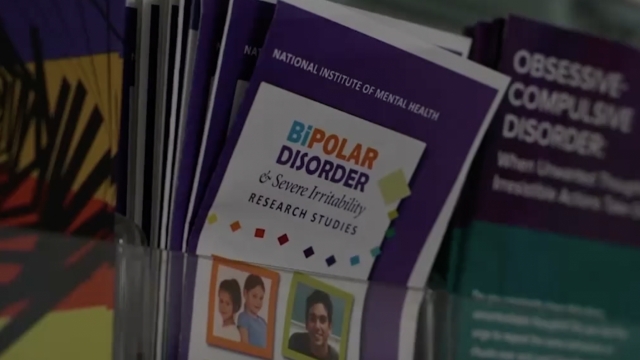 As the number of people dealing with mental health challenges increases, it's putting a strain on psychiatrists and mental health professionals.

More American adults are seeking resources for help in getting treatment for mental health. A new CDC survey finds the trend is higher among adults 18 to 44.

But with an increase in patients comes a new strain on mental health professionals, on psychiatrists.

The Association of American Medical Colleges says the current shortfall is at 6%. That's expected to be between 14,000 and 32,000 psychiatrists by 2024.

Forensic psychiatry specialist Dr. Abdi Tinwalla, as president of the Illinois Psychiatric Society, has seen how the shortage of psychiatrists has reached a crisis point.

Another factor in the shortage, he says, is feeding the pipeline — as in residencies. These take place after medical school in a hospital or clinic and provide doctors with crucial hands-on training.

"This year itself there were twice the number of people wanting to go in than the seats they had available. The biggest barrier for that is funding and, you know, the government funding for these programs has not increased in the last couple of years," said Tinwalla.

It's actually been decades. The Balanced Budget Act of 1997 capped the number of residents each teaching hospital is eligible to receive Medicare-funded reimbursements for.

Individual institutions are responsible for any additional slots. Though there is a new federal push to bolster the medical workforce. The "Resident Physician Shortage Reduction Act", which Democratic Senator Bob Menendez introduced in 2021, would expand Medicare funding for thousands of residency positions.

But despite support from medical groups and organizations, the bill's future is uncertain, with minimal movement since introduced.

A Newsy investigation finds more Americans are going to the ER during a mental health crisis, and why they aren't getting the help they need.

The demands of the job are also pushing some psychiatrists to rethink their careers.

A 2022 meta-analysis published in the Journal of Affective Disorders found that nearly half of psychiatrists experience burnout.

It cited lack of resources and lack of autonomy as contributors to feelings of professional exhaustion.

"Part of us experience it in our lives, if we don't deal with it appropriately it does lead to shortage in our careers so I definitely think burnout so if you ask me if it's a real phenomenon? It's a yes," said Tinwalla.

Despite the reasons for the shortage, Dr. Tinwalla say he sees solutions including collaborative care which involves a team approach.

"Collaborative care has been popular in the last decade, its the care in which is given by the primary care physician in his office, in collaboration with a behavioral care manager and a psychiatrist is a consultant over the phone or video or whatever," he said.

He also says technology is opening doors for treatment with telemedicine. And he's encouraged insurers are more likely to cover mental health appointments than in years past.

"Well I'm hoping with the collaborative care model and hopefully with the telepsychiatry we are doing we are going to bridge some of those care gaps that we are having right now," he said.