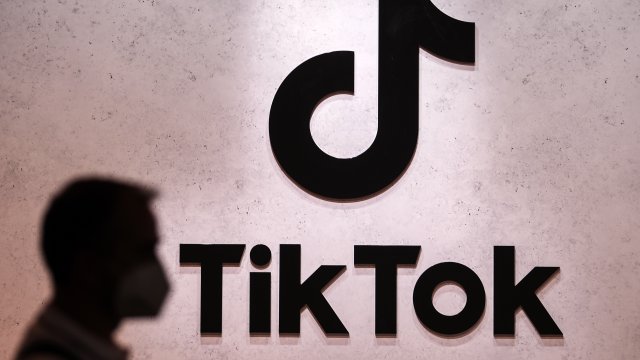 As far back as 2020, former President Donald Trump attempted to force the sale of the social media company TikTok to Oracle, claiming that the app was storing data collected on its American user base in China, and thus enabling the possible surveillance of U.S. citizens. That sale was eventually blocked, but it opened the door to a cycle in which, every few months, U.S. government entities attempt new investigations into TikTok’s data collection.

It begs the question — what exactly is novel about these data misuse accusations in 2022?

The newest cycle started in June, when Buzzfeed published leaked audio from 80 internal TikTok meetings which showed that U.S. data was "repeatedly" accessed from China. Around the same time, Republican FCC Chair Brendan Carr published a letter in which he claimed to have new evidence that TikTok "harvests swaths of sensitive data" that "are being accessed in Beijing."

The conversation shifted from data storage or giving data away to the Chinese government, to data access.

"You can think about this as a Google drive, right? So you or most of us will have something on our Google Drives. And when we want to share photos with our loved ones, for example, we don't actually send a USB drive to them. We just provide them with a link to our Google Drive folder and thereby they can access the photos from there," said Ausma Bernotaite, a candidate at the School of Criminology and Criminal Justice at Griffith University.

John Wihbey is an associate professor of media innovation at Northeastern University.

"I think there are some — there are some legitimate concerns that with some combination of otherwise private data, that the Chinese government could be building profiles about U.S. persons, and could be potentially tuning algorithms at various key points in the electoral cycles in the United States to try to influence voter behavior," said Wihbey. "And we don't yet know exactly how that data could be exploited."

The Trump administration has attempted to ban TikTok in the U.S. saying the Chinese-owned social media company puts users' information at risk.

The other important question at hand here is whether TikTok collects more intrusive data than other social media companies. Any American platform with bottom line based on using personal data to serve ads could be collecting similar data.

"U.S. social media platforms like Snapchat, then Facebook, now Meta, Instagram, Pinterest have been taking advantage of that surveillance capitalism, as we call it. Just really monetizing our attention," said Bernotaite. "And now we have a different actor. So, it's kind of like the devil we don't know in a way, because we've not really had to deal with TikTok's corporate representatives for that long."

Bernotaite noted that until we find ways to ensure data transparency from all social media companies, regardless of where they’re based, we’re never going to find out exactly if and whether data misuse is occurring. But that may be easier said than done. Wihbey told Newsy that much of this issue is driven by competition concerns, so we may not get to that point if the U.S. wants to ensure that its social media companies can stand alongside TikTok.

"The United States has almost entirely dominated this space of media, entertainment, social platforms. China has done very well to grow its own domestic market and has impressive companies there, but they really haven't reached the rest of the world. So, this is their big winner in this early phase of an ongoing battle between the two countries over media and communications technologies," said Wihbey.