Why It's A Big Deal India's Prime Minister Went To Pakistan 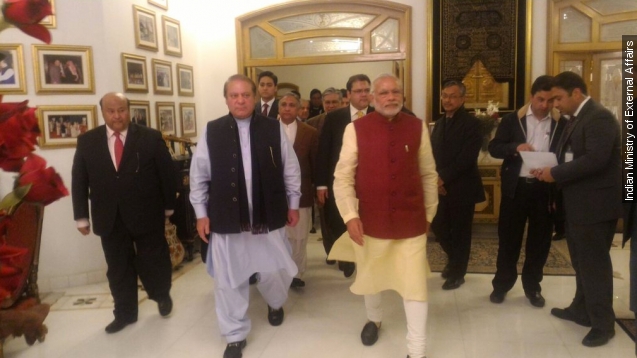 It began with a phone call and a tweet from India's Prime Minister wishing Pakistan's PM happy birthday.

But a few hours later, Narendra Modi was in Pakistan for a surprise visit — the first time in over a decade an Indian PM has stepped on Pakistani soil.

Besides being huge cricket rivals, Pakistan and India haven't been on the best terms since the countries were partitioned into separate nations in the '40s. While the two countries share a border, religious differences and disputed lands have led to multiple wars.

There's still plenty of animosity on both sides of the border, but a meeting at the COP21 climate change conference between the two countries' leaders could have led to an effort to renew relations.

And Modi already had plans to visit Pakistan in 2016 for a regional meeting. (Video via Office of Indian Prime Minister Narendra Modi)