Why It's Hard To Break Into The Housing Market Right Now 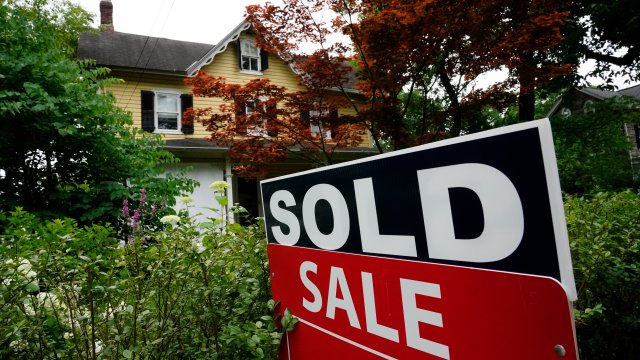 The average household should shoot for a home around $200,000. Except that’s half of what they’re going for these days, on average.

The median home price reached an all-time high in April, according to realtor.com.

And the price tag is way out of reach for millions of Americans.

The average household income in America is just over $67,000.

If you follow the advice of conventional financial planners, you shouldn’t buy a home worth more than three times your salary.

That means the average household should shoot for a home around $200,000.

Except that’s half of what they’re going for these days, on average.

But it’s not because there’s a shortage of buyers. There just aren’t enough homes up for grabs.

And it's shutting a staggering number of Americans out of the market.

Homeownership is a crucial tool for building wealth, and creating a more equitable and sustainable housing landscape.

But the Urban Institute, an economic and social policy think tank, says if the situation doesn’t improve, the homeownership rate will tank — especially among younger people and Black Americans.

We wanted to find out why.