Why Many U.S. Preteens Aren't Getting The HPV Vaccine 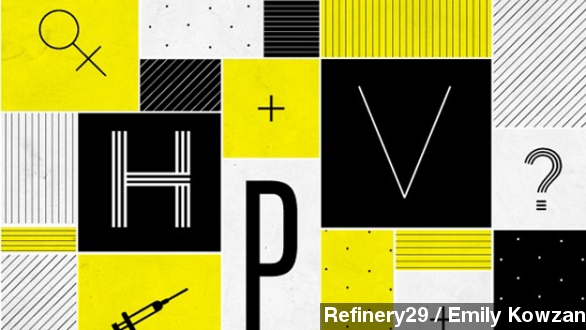 Researchers reviewed 55 studies on the HPV vaccine to see why dosage rates remain low compared to other recommended vaccines.

The HPV vaccine, which protects against cervical and other cancers, has been around for a decade. And according to a new review, too many young Americans aren't receiving it.

"The HPV vaccine protects against cervical cancers and it has been around for a decade but immunization rates are lower than for other vaccines. CDC researchers believe part of the problem is cost and some people worry about side effects." (Via KTRK)

​There are two vaccines available, Cervarix and Gardasil, which protect against the strains of genital warts responsible for 70 percent of cervical cancer — as well as oral, penile and rectal cancers in men. (Via News 14 Carolina)

The researchers reviewed 55 studies on the HPV vaccine to see why dosage rates remain low compared to other recommended vaccines. They found children aren't getting the vaccine largely due to parental misconceptions. (Via WCBS)

"Parents feel like it sends a message to their kids that it's ok to have sex. According to the health district, studies have found that that's not true." (Via KAYU)

Health Administrator: "We estimate that around 79 million Americans actually have HPV, and about 14 million become infected each year." (Via KHQ-TV)

The key to the effectiveness of these vaccines is to get them before any type of sexual contact, meaning the earlier the better. As a writer for Babble notes:

"You have to admit it’s tough to think about the possibility of your middle schooler having sex, but on the opposite side of the argument, the HPV vaccine is only effective if it’s administered before exposure to the virus. That means before kids are sexually active."

According to ThinkProgress, parents are also being scared off from the vaccine because of unsupported claims the shots are unsafe. Only 5 percent of parents who chose not to vaccinate their daughters in 2008 cited safety concerns, a number that rose to 16 percent by 2010.

The cost also has a lot to do with it. It’s recommended children get three doses within a six-month period — a cost that can reach more than $400 per series, per child.

Regardless of cost, the currently available​ HPV vaccines have not only been found safe, but also one of the only effective ways to prevent several variations of the disease since being made available in 2006. (Via KHTV)

“The prevalence of HPV in girls age 14 through 19 was 11.5 percent. In the three years after it was introduced, the prevalence was only 5.1 percent. And that’s with only a third of girls in that age group even getting the vaccine.” (Via YouTube / Healthcare Triage)

The HPV vaccine is recommended for boys and girls ages 11 and 12, but can be administered to anyone 26 and younger.