Why Microsoft Should Hang Up Windows Phone 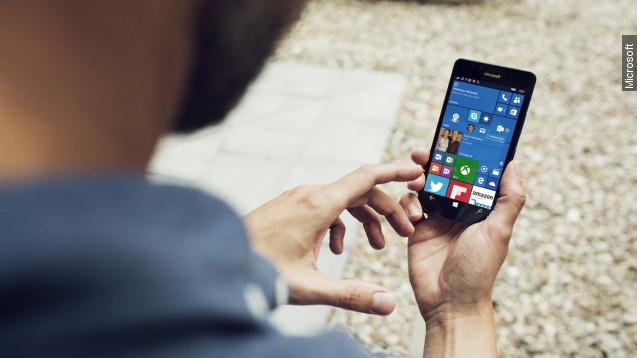 We're calling it: Microsoft's smartphone business is probably a bust.

Smartphones have become a big part of our lives, so it's no wonder a lot of tech firms have their hands in the industry.

Unfortunately, though, Microsoft's efforts have yielded one of the worst returns on investment. And it may now be safe to say the Windows Phone venture is doomed. (Video via Microsoft)

The company spent some $7.2 billion to buy Nokia's phone business in 2014. Then, it ended up writing that purchase off as a loss in 2015, which is just one sign of the eventual Windows Phone bust. There are more, though. (Video via Nokia)

Like the fact that as of March, Microsoft only served a mere 3.3 percent of all smartphone owners in the U.S. Android kept a strong hold on the industry with 52.4 percent of users, and Apple stayed in second place with 42.6 percent.

Being a distant third place might not be a big deal for Microsoft — well, if it didn't also have an apps problem.

Ever since the beginning, nearly five years ago, Windows Phone hasn't been able to compete with the sheer number of apps that are available on both iOS and Android. And lately, some of the bigger developers have stopped supporting Windows Phone altogether. (Video via Microsoft)

Popular apps like Mint, American Airlines, Pinterest — and a couple huge banks — have all dropped support for the platform. (Video via Microsoft)

For Windows Phone fans, the update to Windows 10 was supposed to offer some vindication. But that update still hasn't come, and now it's delayed until sometime next year.

The company was able to get Windows 10 on its new Lumia flagship phones, which were released in November. But those really haven't created a lot of buzz, which could be why Microsoft is offering the smaller of the two phones for about $50 less right before Christmas. (Video via Microsoft)

And this is the source of the company's issues with its phone business: Shoppers aren't excited — at least not as excited as they are about competing phones. And developers don't want to waste time on a platform that lacks users. (Video via Microsoft)

Without backing from shoppers or developers, Microsoft doesn't really have a good reason to fund a smartphone business. So, uh, who do we need to email about this? (Video via Microsoft)