Why MRSA Infections Plague the NFL 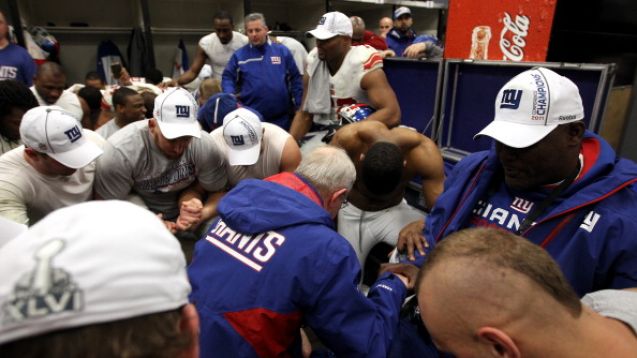 ​The NFL's "concussion problem" is well-documented. But its issues with MRSA staph infections are in the forefront this week.

The NFL's "concussion problem" is well-documented. But its issues with MRSA staph infections are in the forefront this week.

Despite undergoing five surgeries, New York Giants tight end Daniel Fells is in danger of losing his foot due to a staph infection.  Doctors are reportedly concerned the MRSA traveled to his bone and could require amputation.

MRSA is a staph infection that's more resistant to antibiotics. Locker rooms make an ideal breeding ground for the bacterial infections which are spread through open wounds and direct contact with skin. It's been a massive problem for the NFL.

An NFL report found there were 33 MRSA infections from 2006 to 2008 and cases keep popping up.

Tampa Bay kicker Lawrence Tynes was one of three Buccaneers players to contract the bug in 2013.  He's now suing his former team for $20 million, saying the infection cost him his career because the Buccaneers failed to keep their facilities sanitary.

It's easy to blame NFL teams for the infections, but they've tried just about everything to keep their locker rooms infection-free.

The Giants hired infectious disease specialists to clean their facilities, as did the Buccaneers in 2013.

But it's not a simple fix. According to the Centers for Disease Control and Prevention, one person out of every 50 has the treatment-resistant MRSA.

Given that NFL teams have 53 players, each one statistically has a member already infected with MRSA. So the only way to prevent the spread is to stay sanitary, which is nearly impossible in a locker room.