Why Musicians Push Back On Streaming 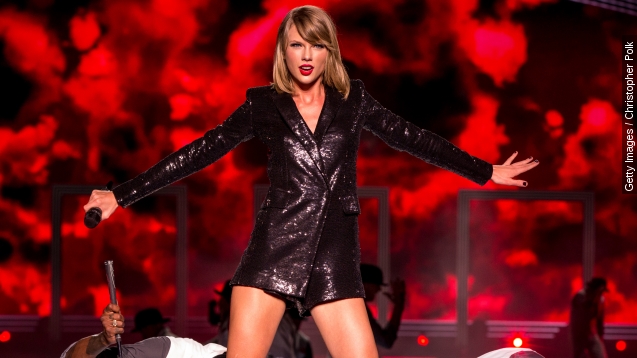 Digital streaming has taken over, but for artists that can be a huge problem because streaming doesn’t pay nearly as much as downloads do.

It’s easier now than it has ever been to get access to music. But access for the listener has in many ways cost the artists.

When Napster hit the Web in 1999, the music industry's revenue took a humongous hit — dropping from $14.6 billion to $6.3 billion 10 years later. Since that time, it’s hovered around $7 billion.

An artist’s rights holders are whoever owns the master recordings (usually the record label) and the publisher. On average (for Spotify at least) this accounts for 70 percent of the payout. That payout is then split three ways, with about half of the money going to the record label. The rest is split amongst the artist and the publisher. After all this the artist may walk away with anywhere between $1.50 and $2.10 per 1000 plays.

Now obviously that payout depends on a lot of factors, one being how popular or unpopular the streaming service is. The more members Spotify, Apple Music or Rhapsody has, the more money it can give and the more artists they can support.

But another important factor is the artist’s “royalty rate,” which is negotiated between artist and record label. Once Spotify pays the label and publisher, it’s up to the label to pay the artist whatever percentage is in his or her contract. (Video via LaFace Records / TLC)

And while having a record label is the more traditional route for popular artists, it pays to be independent.

“Independence, it was not necessarily by choice at first. It was because no one had ever heard of us,” Macklemore said.

Macklemore and Ryan Lewis released their Grammy Award-winning album independently, which means they don’t have to split the profits with anyone. No royalty rate, no label or publisher fee off the top.

But even for a huge independent success like Macklemore and Lewis, it takes a lot of plays to get anywhere with digital streaming.

Now obviously, endorsements, concerts, merchandise and appearances play a large role in any artist’s bottom line, and concert ticket prices and attendance are still fairly strong. Not only that, but most music streaming companies will argue that, while they’re not paying much, at least they’re paying — and the other option for their listeners is pirating music.