Why Preordering 'Halo 5,' Other Games Isn't Such A Good Idea 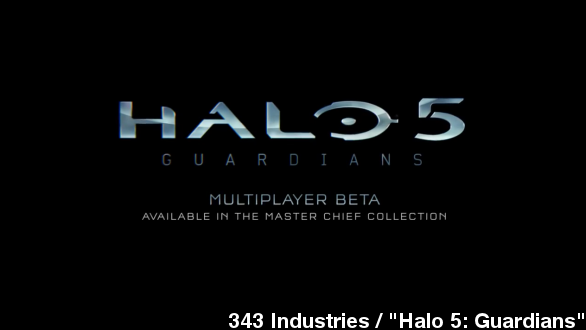 Preorders went live for "Halo 5: Guardians" Monday, but you won't be missing much if you hold out for the actual release date.

Preorders for "Halo 5: Guardians" went live today and if these last few months of game releases have taught us anything, it's that immediately reserving yourself a copy months before launch might not be such a good idea.

"Halo 5" will certainly be one of the biggest Xbox One exclusives to launch in 2015 and there will no doubt be a huge number of preorders, even now when the game doesn't have an official release date yet.

But even with a preorder, there is no guarantee the game will be good or even work right on day one.

Look at the huge number of glitches associated with Ubisoft's "Assassin's Creed: Unity." That game had everything from problems with the running mechanic to characters having no faces.

And then there is the most relevant example of "Halo: The Master Chief Collection," a game combining the previous four "Halo" games into one release. That game's multiplayer feature, which for many is the main draw of the game, was pretty much completely busted for the first month it was on the market.

Sure, eventually 343 Industries did get the kinks worked out, but that's still a month between dropping 60 bucks and actually being able to play parts of the game.

Plus, there's always the chance that the game could just flop. Many gamers still remember the terrible travesty that was "Aliens: Colonial Marines."

Then there is the fact that a preorder doesn't do much for you as a consumer anyway. For one, no store is going to run out of copies of the newest installment in a hugely popular franchise like "Halo."

There are usually in-game bonuses for preordering, but those are typically pretty trivial to the overall experience. Do you really think having that red speeder in "Destiny" really made you enjoy the game more?

As a writer for Polygon points out, the benefits of a preorder boil down to three things, none of which help the consumer. Preorders give retailers a better idea on how to stock their inventory, they lock consumers into that retailer because they won't go anywhere else to buy that title, and high preorder numbers give publishers something to brag about.

But going back to "Halo 5," 343 Industries is doing something right ahead of launch and giving players access to a beta starting Monday. This gives 343 a chance to stress-test the game and make sure they don't encounter the same issues they had with their last release.

So if you want a great "Halo 5" experience next year, the best thing to do might be to simply skip the preorder, hold onto your cash and go play some "Halo." Unless you really just have to have the "exclusive poster" that comes with the standard-edition preorder.