Why Sen. Mary Landrieu Will Lose Her Job 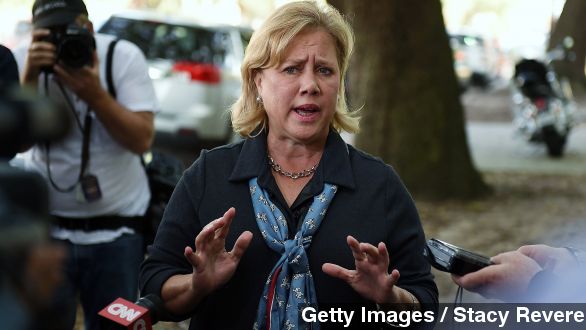 She made it this far, but Louisiana's Democratic Senator Mary Landrieu is expected to lose her runoff election against Republican Bill Cassidy on Saturday — and it likely won't even be close.

Landrieu was first elected in a close contest in 1996. She currently chairs the Senate's Committee on Energy and Natural Resources.

Despite her clout, the latest polls predict Landrieu will lose her re-election bid like many of her Democratic colleagues did in last month's midterms. Here's why.

Landrieu has voted with President Obama on 97 percent of issues, which is bad news in a state where the president is incredibly unpopular. And Cassidy's made that a clear message in his campaign.

"She sided with Barack Obama. But that's no surprise. She's always been Barack Obama's rubber stamp." (Video via Bill Cassidy For US Senate 2014)

But Landrieu has stood against the president on several important issues. That includes her push to pass the Keystone oil pipeline bill, her continued support for offshore drilling and oil and gas subsidies.

Money is another big factor. The GOP outspent the Democratic Party by $15 million this November.

And Chris Cillizza at The Washington Post noted Cassidy outspent Landrieu 7-to-1 in television ads during the runoff.

And Landrieu didn't get the help she expected from the Democratic Senatorial Campaign Committee after it cancelled its ad reservations for her two days after the general election.

She told The Washington Post she was disappointed, saying "You know, they just walked away from this race."

And there's another issue. Landrieu's second challenger, retired colonel Rob Manus, shown in the center during this debate clip, is now out of the election, but his supporters are expected to vote Cassidy in the runoff.

If Landrieu does not win Saturday's election, there will be no Democratic senators representing the Deep South come this January.

Democrats will only control 39 of 149 southern Congressional seats, the lowest number since Reconstruction following the Civil War.