Why Snapchat Can Charge $750,000 For Advertisements 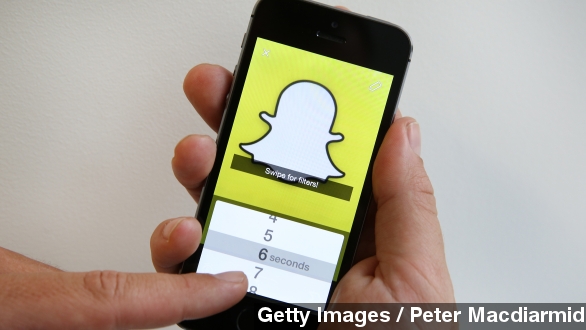 According to a report from AdWeek, Snapchat is charging brands $750,000 a day for advertising campaigns on its disappearing messaging service.

Advertisers looking to reach Snapchat’s vast teen audience are going to have to pay a pretty penny.

That is, according to a new report from AdWeek which credits "multiple industry sources who have heard [Snapchat’s] pitch."

The service, which allows users to send self-destructing messages to each other, is reportedly asking $750,000 a day for advertisements. (Video via Snapchat)

The report puts that number into perspective by comparing it to advertising costs for a YouTube masthead: $500,000 a day.

Keep in mind a YouTube masthead doesn’t disappear after you tap on it.

And it turns out, according to SlashGear, Snapchat’s advertising platform doesn’t include demographics; advertisers don’t know the age, gender, ethnicity, etc. of those viewing their promotional content.

Which would arguably make the advertisements much less valuable.

And a writer for Business Insider notes McDonald’s recently ran its “Choose Lovin’” campaign on the messaging service.

The article suggests Snapchat is charging that seemingly ridiculous asking price — and brands are jumping on board — because "the company is essentially providing a direct line to teenagers all over the world."

Still we have to wonder: Since brands can sign up for Snapchat accounts of their own — something McDonald’s has already done — is it all worth it?

The popular fast food joint was featured in Ad Age after it announced a new sandwich with the help of Lebron James and Johnny Manziel.

And the article notes Taco Bell and Juicy Couture are doing it, too. All without that $750,000 asking price. (Video via Taco Bell)

Now to be fair, these are accounts that have to be followed in order for their content to be viewed. Paying up gives brands access to more of Snapchat’s user base. And for some, it seems to be worth the cost.

This video includes images from Getty Images and Maurizio Pesce / CC BY 2.0 and music from Podington Bear / CC BY NC 3.0.