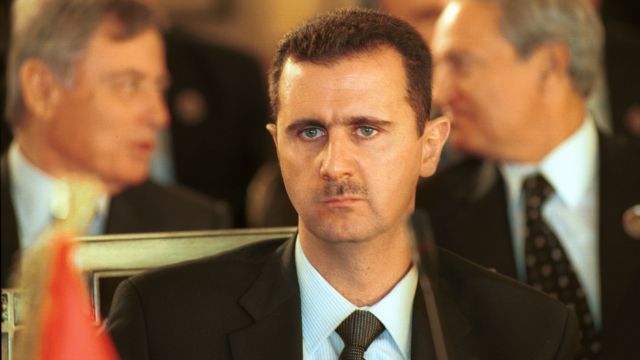 The International Criminal Court was set up with one big goal in mind: bring the perpetrators of mass atrocities to justice.

And yet — unlike, say, Sudan's Omar al-Bashir and Libya's Moammar Gadhafi — Syria's brutal dictator hasn't been charged with war crimes.

Syria is not a state party to the Rome Statute of the ICC. Neither is the U.S., for that matter.

For Assad to have his day in court, he'd either have to turn himself over or be referred to the ICC by the U.N. Security Council. Only problem with that?

As permanent Security Council members, Syria's friends Russia and China can veto a referral — and they have. Multiple times.

Then again, there's the question of whether charges would do any good for the millions of Syrians affected by the war.

Chances are Assad — even if referred to the ICC — won't see the inside of a prison cell anytime soon.

This video includes images from Getty Images and Roman Boed / CC BY 2.0 and clips from U.N. High Commissioner for Refugees.