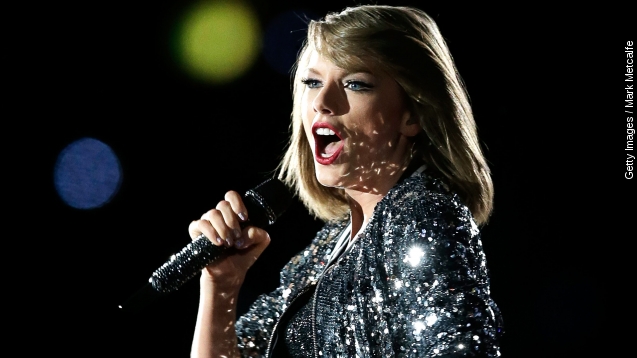 Taylor Swift decided to stream her latest tour on Apple Music. Some say it gives the company an upper hand in the music industry.

"Getting ready for this, I wondered about a lot of things," Taylor Swift said in an Apple Music promo.

We wondered about a lot of things, too, when Taylor Swift decided to stream her "1989 World Tour Live" strictly on Apple Music. Like, why did Swift just release it on Apple Music?

The Verge notes that it allows Apple to provide exclusive content to its users, renders incentive for more people to subscribe to Apple Music when they're gifted new gadgets and speaks volumes about Swift's relationship with the music industry.

In 2014, Swift shook off controversy when she decided to pull her catalog from streaming service Spotify due to disagreements over music royalty collection. She also called for Apple Music to change its stance on not paying artists during the initial free period of the service — and won.

Perhaps that change of heart helped Apple Music land Swift's documentary. It now positions the company to have its own music videos and try to go head-to-head with YouTube, the leader in music video streaming.

It also bests Spotify's Swift-mas, which is Swift-less. The streaming giant still offers zero albums from Taylor. We thought her music would be there forever, but it just went down in flames.

But in Swift's wildest dreams, she probably didn't predict any problems with the rollout. Some weren't able to stream the doc upon its initial release — a glitch Apple Music later resolved.