Why The Death Of Robin Williams Is Hitting So Hard 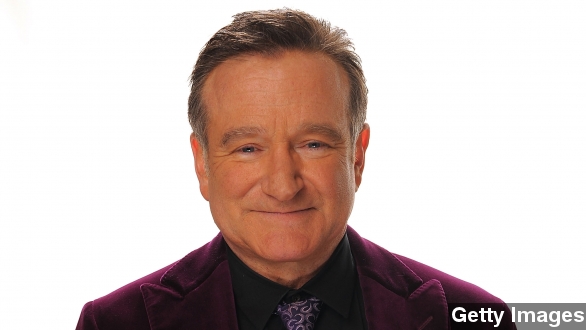 Fans and fellow celebrities are especially heartbroken over the comedian's death. Here's why.

First, he was a comedian.

​​There’s something truly torturous about knowing a man who comforted us with humor was hurting so much inside. We suddenly feel guilty for laughing — it’s like learning the friend we thought we knew was an entirely different person. We replace comedy with tragedy. (Videos via Buena Vista Pictures, TriStar Pictures)

Second, and more importantly — Williams was a true comedian. True comedians go for more than dumb laughs — he made us smile with movies like “Dead Poets Society,” “Patch Adams” — with that story about his wife farting in “Good Will Hunting.” The truly talented find the funny in real, vulnerable life — he did that — making movies that touched people’s hearts. (Videos via Buena Vista Pictures, Universal Studios, Miramax)

And third — comedy legends last. Williams was a man who multiple generations grew up with — starting with “Mork & Mindy” in the ‘70s, through “Good Morning Vietnam” in the ‘80s, through “Aladdin,” “Hook” and “Mrs. Doubtfire” in the ‘90s. Even “Night at the Museum” brought him to kids in the 2000s. For the past 40 years, children have loved Robin Williams. (Videos via ABC, TriStar Pictures, Twentieth Century Fox)

Within minutes of the news of his death breaking, Williams was dominating all trending topics on Twitter. All of them.

Many celebrities and fans sent out their condolences, shared a memory — but Kevin ​Spacey may have said it best. Robin Williams made the world laugh...and think.

BUENA VISTA PICTURES / "DEAD POETS SOCIETY": "That the powerful play goes on and you may contribute a verse. What will your verse be?”