Why The UK Is A Harder Target For Would-Be Terrorists 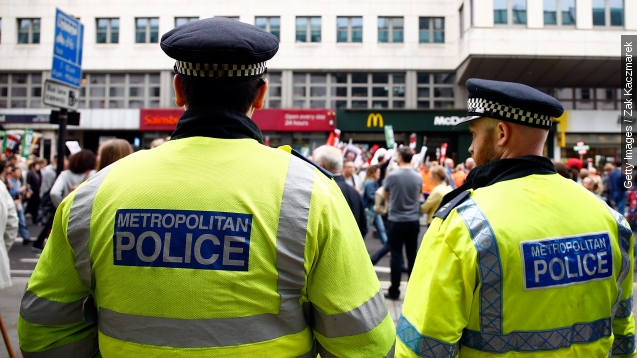 As the U.K. is on alert after a high-profile stabbing, we examine why the country is a more difficult target for terrorists than the rest of Europe.

After high profile terror attacks in Paris, counterterrorism officials say the United Kingdom could be next. But the U.K. offers a harder target when it comes to Paris-style attacks.

For one, the country's borders aren't as open as continental Europe's. (Video via BBC)

The U.K. is not a member of the Schengen Area, which allows people to travel among participating countries without passport control.

That makes smuggling guns into the country a lot harder. (Video via Channel 4)

So, instead, terrorists can to turn to explosives or more primitive options like knives.

The former is responsible for the 7/7 bombings in London, in which suicide bombers killed 52 people. The attacks prompted a whole suite of changes ranging from intelligence to crisis response, making it a less viable option for would-be terrorists. (Video via Sky News)

The latter, knives, are often the choice of so-called "lone wolf attackers," like the two men who killed a soldier in London in 2013, or more recently, the man who allegedly stabbed three people in the London underground. (Video via ITV, BBC)

And those knife attacks in total killed one person and seriously injured one other. The Paris attacks in January and November combined killed 150 and left another 370 injured.