Why There's A Debate Over Cursive 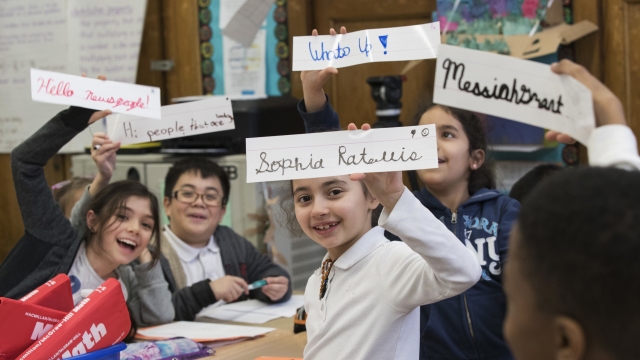 A few years after common core was introduced, a survey found roughly four in 10 elementary school teachers were no longer teaching cursive.

A loose panel in a Cape Cod home revealed a hidden treasure behind its walls. Anna Prilliman came upon a trove of letters — hand-written seven decades ago, between a young man named Vance and his Betty Sue.

"I read one of those letters and it is absolutely a love story," Prilliman said.

Their delicate cursive reminded Anna of the days people slowly put pen to paper, instead of racing over computer keys.

"There are no 'smh's' or 'omg's' or 'lols' it's full sentences. Grammatically correct sentences. Isn't that funny how that works," Prilliman said.

For many, these letters are also a reminder of a timeless art form they worry is slipping through the hands of new generations.

Cursive flourished after the fall of the Roman Empire with each part of Europe creating different styles of handwriting. By the late 8th century an English monk, inspired by Roman characters, revolutionized cursive. He designed a handwriting that would maximize legibility and feature lowercase letters, word separation and punctuation. But when the invention of the printing press threatened to make hand-written texts obsolete, Italians revolted by creating "Italic cursive." And for centuries on, elegant writing proved to be a status symbol associated with different jobs and social ranks. By the 1700s schools were teaching the first master scribes.

When the U.S. gained its independence, Congress hired professional penmen to copy the nation’s founding documents.

And we were left with arguably one of the most famous signatures of all time — John Hancock’s. The American penmanship style we know today evolved from the mid-1800s.

Other methods of cursive took favor over the years, until students were taught to form those loopy letters we still see today — though technology has changed the game. Today, students are instructed to put fingers to keys more often than pen to paper. 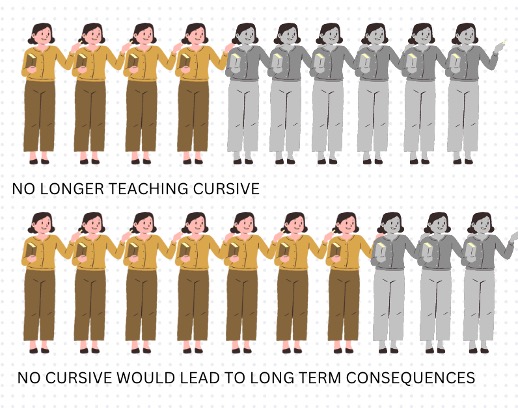 Cursive is also left out of common core state standards — fully adopted by 35 states since 2010.  Sue Pimental, one of the lead writers of the English standards, told EdWeek teachers around the country felt cursive instruction took an "enormous" amount of time and welcomed the change.

A few years after common core was introduced, a survey found roughly four in 10 elementary school teachers were no longer teaching cursive, though about seven in 10 felt its absence would lead to long-term negative consequences.

Steve Graham, a writing studies expert and professor at Arizona State University, says there is evidence that handwriting is beneficial for cognitive development. He says good handwriting makes it easier for students to get ideas on paper and score higher on writing tests. But that doesn’t mean learning cursive is necessary. Graham says there isn’t enough evidence to prove teaching cursive is better than a print and it’s only marginally faster to write in cursive — if at all.

Others say we do get more benefits from the writing style, like Virginia Berninger, an emeritus professor at the University of Washington’s College of Education. She’s studied the different ways cursive and print activate our brains and believes cursive helps students better recognize and write letters. 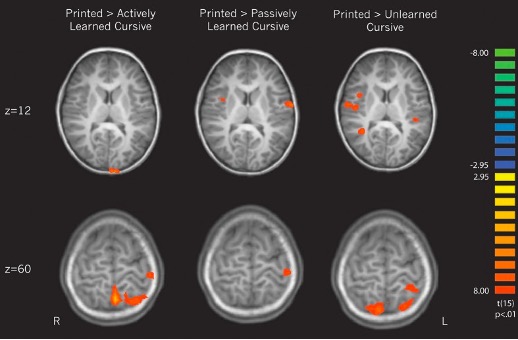 As for Betty Sue and Vance, their love story surrounds their carefully crafted letters, their lives changing from exchanging letters to exchanging vows and a lifelong marriage. The story of their cursive correspondence was told nationwide. And Anna eventually tracked down the couple’s grandson — 3,000 miles away.