Why There's A Recession Coming (And Why You Shouldn't Worry) 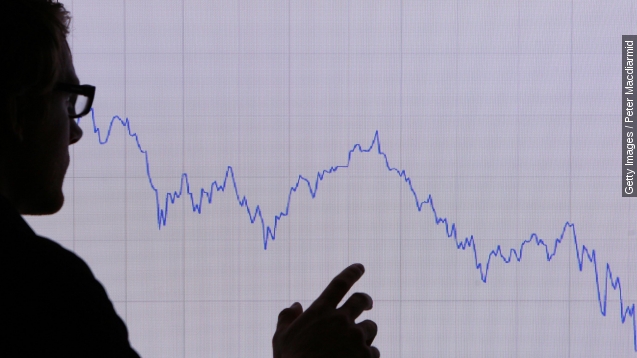 J.P. Morgan is predicting the U.S. has a 76 percent chance of going through a recession in the next three years, which is perfectly normal.

According to financial experts, there’s a recession coming, but don’t start worrying just yet.

J.P. Morgan told Business Insider there’s a 76 percent chance we'll experience one in the next three years, which is actually good news.

Economists used several predicting factors to come to this conclusion. One of the most reliable indicators is corporate earnings. Once those start to dip, it’s a pretty clear sign that a nation’s economy is headed for a decline.

And in the third quarter of 2015, the market saw an estimated 5.1 percent decline. But this isn’t a surprise.

The National Bureau of Economic Research says we average 69 months between recessions. The nation’s last recession officially ended in June 2009. According to the average, we’ve been due since March.

But our last three recessions, dating back to 1990, have taken much longer to materialize. So you probably have some time to get all your financial ducks in a row.

J.P. Morgan predicts we'll avoid a recession next year. There's only a 23 percent chance the economy takes a tumble in 2016. We'll probably avoid one in 2017 as well, though the margin is much slimmer at 48 percent.

And while people certainly have a right to be skittish after hearing the word "recession," it probably won’t be as severe as the Great Recession of 2008-2009, which was which was the longest period of economic decline in the U.S. since World War II.