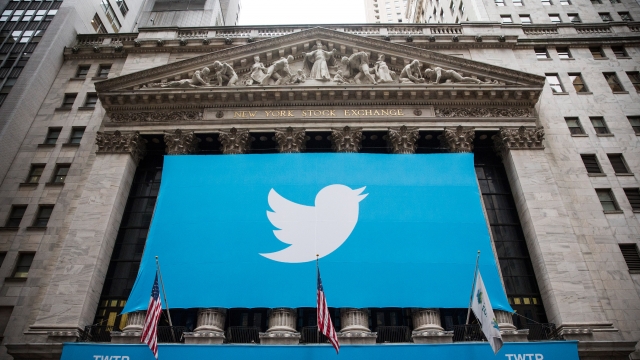 Getting out of political ads doesn't lose Twitter much revenue, and it doesn't have to deal with the public scrutiny over lies or fact-checking.

Twitter says it's getting out of the political ad space. This puts it at odds with Facebook and Google, who still deal in those ads, and can effectively allow politicians to lie in them. It's hard to say how much pressure Twitter's move will actually put on those larger companies — or whether this is about the money at all.

This might be part of the reason why Twitter can afford to forego political ads. For instance, in the 2018 midterm elections, Facebook received an estimated $284 million in ad spending, according to the non-profit Tech for Campaigns. Twitter executives said it made less than $3 million in the same period.

And that spending strategy appears to be consistent for 2020 candidates. According to ACRONYM, a progressive nonprofit that tracks ad spending, President Donald Trump has already spent more than $25 million on Facebook and Google digital political ads this election cycle, more than any other candidate. Last week, Trump spent roughly $210,000 on Facebook ads -- and nothing on Twitter.

If anything, the biggest benefit for Twitter may be keeping distance from the brewing legal storm around political ads. Facebook, for example, could face a lawsuit from a California activist who says Facebook took down his intentionally false political ads. He's registered as a gubernatorial candidate, who Facebook says would be able to operate under its looser ad rules.