Why Two Of The Best Teams Will Miss The World Series 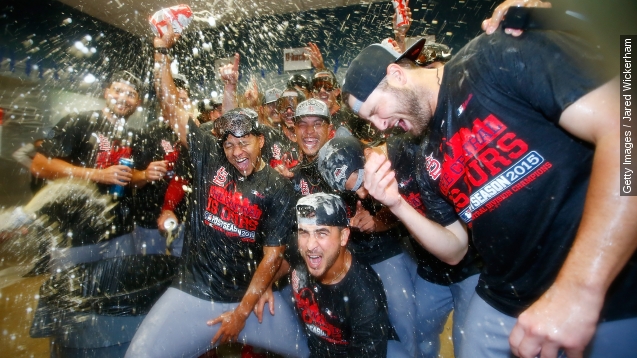 The Cubs, Pirates and Cardinals dominated baseball in 2015, with the three top records in the MLB. But two of the teams will make early playoff exits.

The World Series is supposed to be a showdown between baseball's best. But this year, two of the top three teams are guaranteed to be out of the playoffs weeks before the Fall Classic even starts.

The St. Louis Cardinals, Pittsburgh Pirates and Chicago Cubs finished the season with 100, 98 and 97 wins, respectively.  They own the three best records in the major leagues and all play in the National League Central.

For the first time ever, baseball's three best records come from the same division, but because of the way the Wild Card is formatted, two of the squads are doomed to short post season runs.

Since the majors updated the rules in 2012, the two teams with the best records that didn’t win their division square off in a one game winner-take-all playoff. In this case, the Cubs and Pirates.

The winner then faces the top seed in their league, which happens to be the 100-win Cardinals. It may seem a little cruel to pit the top three teams against each other so soon, but it’s better than the alternative.

Before 1994, only the division winners made the playoffs, meaning in the old format, the Cubs and Pirates would be sitting at home.

Besides, the three NL Central powerhouses all had to play each other 20 times this season, so they’re used to doing things the hard way.

Though they've played well throughout the regular season, World Series success isn't guaranteed for the dominant NL Central. In the twenty years since the playoffs expanded, just nine teams with a top-three record took home the crown.