Why Is The U.S. Lagging Behind In Administering COVID-19 Vaccine? 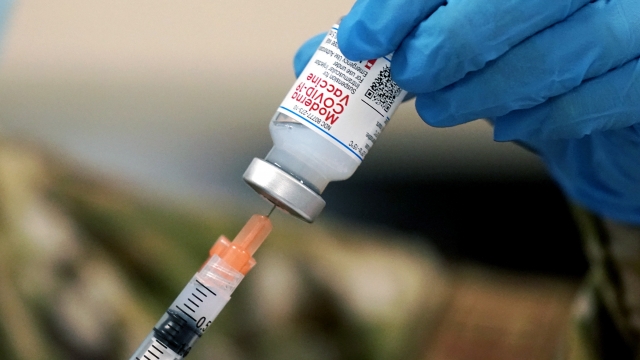 Operation Warp Speed said as many as 20 million people could be vaccinated by year's end, but so far the U.S. isn't even close to that goal.

It's been roughly 10 days since the U.S. started rolling out its first coronavirus vaccine.

"These vaccines are going to save so many lives and bring this pandemic to an end," Health and Human Services Secretary Alex Azar said earlier this week before receiving the vaccine.

Since then, just over 1 million Americans have received a shot of the Pfizer-BioNTech vaccine, while nearly 9.5 million doses have gone out to states and a number of federal agencies as of Wednesday morning, according to the CDC. That's a difference of more than 8 million between the number of doses administered and doses distributed.

"It's an incredible triumph to make a vaccine over this time, but the difficulties don't stop there," Dr. Eric Rubin, professor of immunology and infectious diseases at Harvard's School of Public Health. "There are the armies required for distribution and for actually putting the needle into people's arms."

But the number is far from what U.S. officials promised earlier this year.

"We're looking at 20 million Americans being vaccinated just in the next coming weeks," Azar said in an interview earlier this month.

States say that while the federal government has given drug companies billions of dollars to develop a vaccine, they've received only a small fraction of that to carry out a massive vaccine distribution program.

"States, they want to do this, but there are resource requirements," explained Marcus Plescia, the chief medical officer for the Association of State and Territorial Health Officials, which represents state health agencies. "I mean, as much as health care workers want to vaccinate people, they're not all going to work overtime for free."

The CDC says the difference "is expected at this point" and is due to "delays in reporting of administered doses, management of available vaccine stocks by jurisdictions, and pending launch of vaccination through the federal Pharmacy Partnership for Long-Term Care Program."

The Department of Health and Human Services, Pfizer and Moderna did not respond to Newsy's request for comment by the time of publication.

"The scale of this, the challenges with the cold chain, the need for data tracking all make this an enormously complex and really bold adventure going forward," said Dr. William Moss, the executive director of John Hopkins' International Vaccine Access Center. "There are no doubts that there are going to be challenges with this."