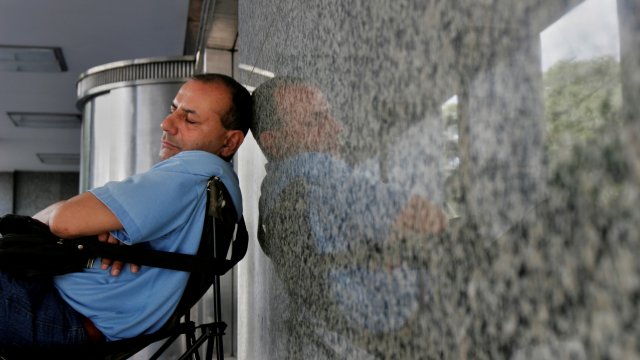 A look at the science and theory of dreaming.

Ancient Egyptians believed dreams were messages from the gods.

Dozens of dream tropes exist in our storytelling, too.

We have clues dreamers share some commonalities. But why do we dream? Understanding that starts when our head hits the pillow.

The National Institutes of Health says your body moves through four stages when you sleep. Your brain acts differently depending on the stage.

Stage 1 is the transition from awake to asleep, that drifting feeling. Your muscles may relax, and even twitch or jerk. Your brain waves are still very active. You’re calm, but quietly alert.

In stage 2 you move into light sleep. Your heartbeat, breathing, and brain activity slows down. Eye movement stops here.

In stage 3, about 35-45 minutes into your sleep, is deep sleep — a restorative rest that leaves you waking refreshed. Heartbeat and breathing are at their slowest, brain waves slow down and become larger.

And lastly-stage 4: REM sleep, or rapid eye movement. Here, your eyes dart back and forth behind your closed eyelids.

Breathing, heart rate, blood pressure rise, and brain activity picks up too — almost as if you were awake. REM sleep is where most of your dreams happen.

Meanwhile, the answer to why we dream is about as clear as recalling details from that dream.

There are a handful of theories. Sigmund Freud, the founding father of pyschotherapy, hypothesized in “The Interpretation of Dreams” that our dreams show us our most repressed wishes, fulfilled.

Images in dreams, Freud says, have symbolic meaning. Dreaming about an animal could represent your child.

But this old school theory is criticized for lacking scientific support.

Some theories focus on memory.

The latest research from the American Academy of Sleep Medicine suggested more than 50 percent of those studied had a dream they could trace to a memory. The information processing theory proposes dreams help us store memories.

This premise focuses on the neurobiology of REM sleep. It suggests that in REM, firing neurons help the brain call up random visual memories and turn that image into a story.  This is among the most accepted theories.

The last two theories suggest our dreams are serving as a rehearsal of sorts, helping our brain prep for future unknowns. They also give the best clues into why we have nightmares.

Social simulation theory suggests our dreams let us practice real life social situations: like dreaming about a job interview or asking your crush on a date.  That same study found 25 percent of dreamers could tie their dreams to something they had coming up.

Lastly, there’s threat simulation theory.  This speculates that dreams serve as dry run through dangerous situation in our sleep, where we’re actually safe. It could be that classic dream when you show up to work without pants on, or that one when you’re falling.

Sleep and dream research is still relatively new. We don’t know why some people don’t dream at all. Or why dreams can be hard to remember.

But more clues will come as science evolves. So, for now, to get a precise answer, we’ll just need to sleep on it.