Why We Won't Get Batmanium: The Complex Process Behind Naming Elements 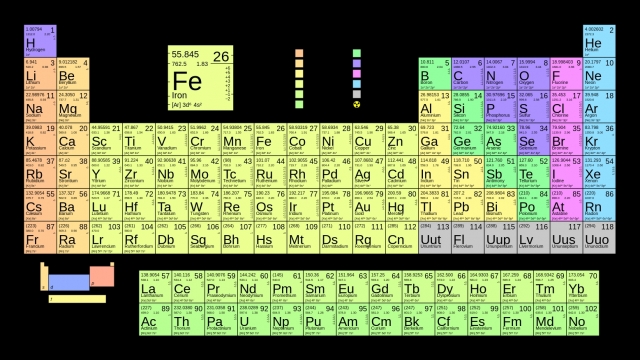 The four newest elements have official suggestions for their names. They honor where they were discovered and a trailblazing scientist.

What do Japan, Tennessee and Moscow have in common? No, this isn't the beginning of an offensive joke. It's the end of a lot of scientific research, and each place — along with a Russian scientist — could soon have an element named in its honor.

At the end of 2015, the International Union of Pure and Applied Chemistry officially verified elements 113, 115, 117 and 118, which rounded out the seventh row of the periodic table.

The elements were given temporary names until the scientists who discovered them could pick suitable names. But they had a somewhat limited list of choices.

According to IUPAC rules, you can only name an element after five things: a scientist, a mythological concept or character, a mineral or similar substance, a place or a property of the element, like its color. That explains why all my suggestions to name an element batmanium have fallen on deaf ears.

Element 113 was first discovered in Japan, so the researchers opted to call it nihonium. Nihon means "Japan," or literally "land of the rising sun," in Japanese.

Elements 115, 117 and 118 were all credited to a team of Russian and American researchers, so they suggested element 115 be known as moscovium, in honor of Russia's capital city.

Many of the American researchers worked in Tennessee, which prompted the name tennessine for element 117.

The team suggested element 118 should be named oganesson in honor of pioneering Russian physicist Yuri Oganessian. The names will be subjected to a five-month public review before the IUPAC gives them formal approval.

This video includes clips from NHK and Oak Ridge National Laboratory and images from 2012rc / CC by 2.0 and Getty Images. Music provided courtesy of APM Music.