Why You're Not Shopping In A Winter Wonderland This Year 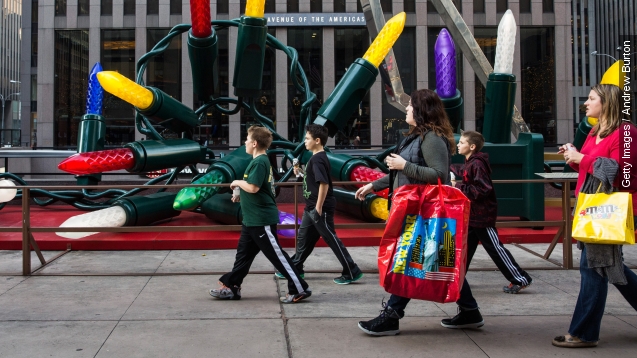 This frequently referenced weather phenomenon is to blame.

If you're enjoying the unusually warm winter this holiday season, you have a strong El Nino to thank.

The phenomenon occurs when trade winds don't push as much warm water toward Asia and Australia, and as a result, the portion of the Pacific Ocean near the U.S. is hotter than usual. (Video via WPVI)

A strong El Nino year doesn't mean hotter temps for everyone, though. Much of the Southeast has had, and is predicted to have, colder-than-average temperatures.

What worries many experts, though, are the extreme swings that seem to accompany strong El Ninos across the world, such as droughts, floods and wildfires.

Meanwhile, this year's El Nino has been strong enough that experts are predicting 2015 will be the warmest year on record.