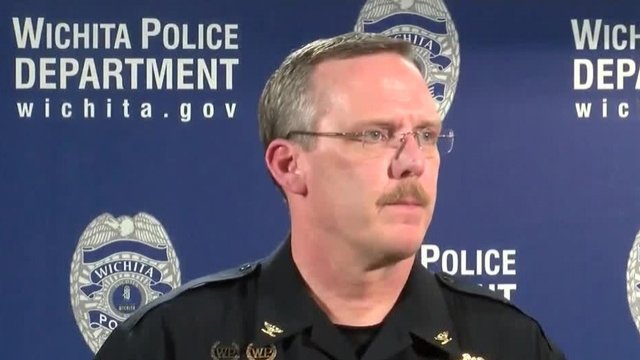 Unconfirmed reports say an argument over a "Call of Duty" match may have led to a false 911 call that turned fatal in Wichita, Kansas.

Authorities say a fatal police shooting in Wichita, Kansas, was prompted by a phone prank known as "swatting."

Police responded Thursday night to what they thought was a hostage situation at a Wichita home. An officer shot and killed 28-year-old Andrew Finch after he came to the front door. Police say Finch appeared to reach for his waist right before he was shot.

But Finch was unarmed, and there was no hostage situation. The 911 call that sent police to the address was a hoax — and might have been tied to an online video game match.

New Mexico State Police say no one else was injured.

Several reports suggest Finch's address came up in an argument over a game of "Call of Duty: World War II," which then prompted the fake police call. Finch doesn't appear to be connected to the game or the argument.

Those reports are still unconfirmed, though; police are still investigating the fake call and haven't named any suspects.