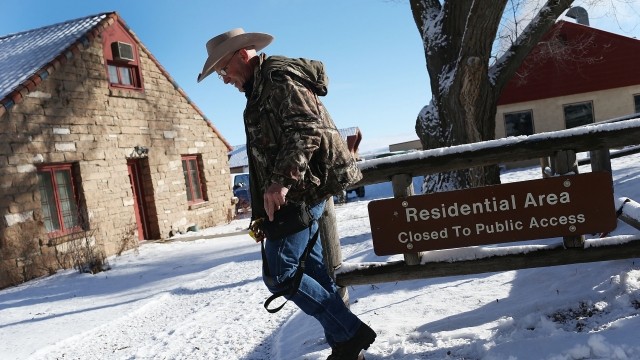 Oregon militia member LaVoy Finicum was killed while fleeing from authorities. Now, his widow is suing authorities over his death.

The widow of Oregon wildlife center occupier LaVoy Finicum is planning to sue Oregon State Police and the FBI agents responsible for her husband's death.

Finicum was gunned down in January while trying to escape from authorities. FBI video shows he reached for a gun in his waistband before being shot by state troopers.

Jeanette Finicum said her husband was murdered. She pointed to reports that before he was killed, FBI agents shot at her husband, then tried to cover it up. Five FBI agents are currently under investigation, though none of those shots hit Finicum.

Prosecutors who investigated the shooting said using deadly force was justified and necessary.

LaVoy Finicum and other armed militia members took over the Malheur National Wildlife Refuge in Oregon for 41 days to protest the government's use of federal lands.

Finicum's wife hasn't filed the lawsuit yet, but her attorney says she will and more information about it will be available in September.