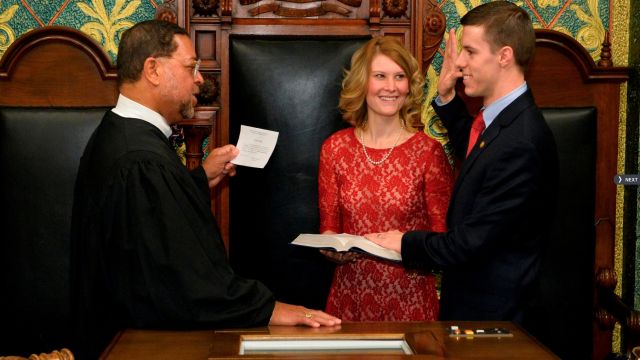 She says that she's regretted the abortion "nearly every day since."

The wife of a pro-life GOP lawmaker took to Facebook to open up about her own abortion.

Among the legislation he supports is a bill that would make it a crime to perform "dismemberment abortion." Similar bills have been introduced in Kansas, Oklahoma, South Dakota and the U.S. House of Representatives.

Chatfield is up for re-election this fall, so his wife's seemingly sudden admission might come as a surprise. In her Facebook post, she explains why she chose to share her story — someone confronted her husband.

She recalls that she attended a party in high school and was "taken advantage of" and then three weeks later discovered she was pregnant. She didn't tell anyone about her pregnancy, and she had an abortion one week later — a decision she says she's "regretted nearly every day since."

The Chatfields were high school sweethearts and now have four children. Stephanie wrote that she hopes her story helps other young women and girls who may feel like they're alone.