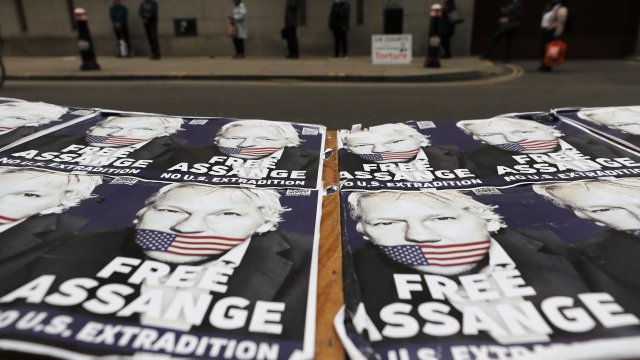 The founder is likely to kill himself, says psychiatrist at extradition hearing.

A psychiatric expert says Wikileaks founder Julian Assange is very likely to attempt to kill himself if he's sent to the United States.

That comment came during an extradition hearing Tuesday in London.

The expert said Assange has a history of depression and an autism spectrum disorder.

U.S. prosecutors have indicted Assange on 17 espionage charges and one charge of computer misuse.

This all stems from Wikileaks publishing secret American military documents... a decade ago.

The charges carry a maximum sentence of 175 years in prison.