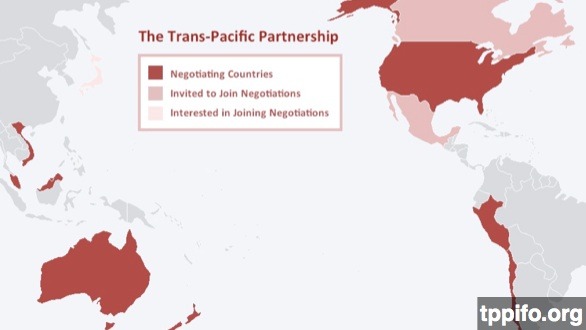 Wikileaks has released a proposal chapter of the Trans-Pacific Partnership that would slow innovation and limit Internet freedoms if it’s adopted.

WikiLeaks has chimed in on the Trans-Pacific Partnership.

On Wednesday it published a leaked proposal chapter of the TPP that shows how the wide-ranging international economic agreement — whose member countries account for 40 percent of the world's GDP — could put a damper on innovation and Internet freedoms.

"The chapter published by WikiLeaks is perhaps the most controversial chapter of the TPP due to its wide-ranging effects on medicines, publishers, internet services, civil liberties and biological patents."

"Those concerns are only heightened by the high level of secrecy surrounding the TPP trade negotiations, where even members of congress have complained they're being shut out of the process by more powerful transnational corporations." (Via RT)

Knowledge Ecology International explains: "The TPP text shrinks the space for exceptions in all types of intellectual property rights. The proposed text is bad for access to knowledge, bad for access to medicine, and profoundly bad for innovation."

The TPP would extend media copyright protection terms, which could benefit rightsholders more than the originating artists. It would prohibit temporary copies of media on the Internet, which would hobble everything from web browsing to streaming media; and would require ISPs in participating countries to police users for copyright infringement and enact a three strikes rule. (Via International Business Times)

An analyst tells Democracy Now it all bears a worrying resemblance to the SOPA and ACTA legislation that sparked Internet backlash in 2011 and 2012.

"Think about all the things that would be really hard to get into effect as a corporation in public, a lot of them rejected here and in the other 11 countries, and that is what's bundled into the TPP."

Luckily for the Internet, Wikileaks' publication comes as members of Congress put the brakes on what might have been a fast-track approval of the latest changes to the TPP.

Democrats and republicans alike are calling for greater Congressional consultation when it comes to the U.S.' trade agreements. (Via The New York Times)

The TPP is intended to lower trade barriers with other Pacific countries before the end of the year. The latest round of talks on the TPP is scheduled for November 19 in Salt Lake City.