Will Clinton Or Trump Be Able To Get Support From These Demographics? 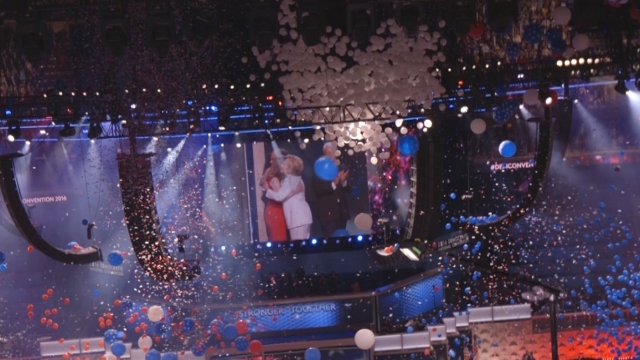 On the last night of the conventions, we discuss both candidates' problems crossing racial divides.

Newsy's Kate Grumke: "Welcome to night four of the Democratic National Convention. That means we're officially into the general election. So I have with me Eugene from Newsy and Miranda, who works for DecodeDC, one of our sister websites. So they both have been doing some really interesting reporting today. Miranda, what were you working on?"

DecodeDC's Miranda Green: "White men. So Hillary Clinton right now is trailing Donald Trump in this specific demographic. He is beating her right now 55 percent to 30."

KG: "One of the things I thought was interesting in your article was how this is affecting Pennsylvania specifically. You know, we're here in Philadelphia for the convention. So what did you find about that?"

MG: "Pennsylvania is one of those states that people are saying could end up being a swing state. It hasn't been for a while; it's always trended blue in the last couple of elections. But Donald Trump has a pretty big stronghold in western Pennsylvania, and Hillary Clinton continues to not do well with white men. That could be an area that could really swing in Donald Trump's favor. Eugene, you also said that he's not doing too well with African Americans."

Newsy's Eugene Daniels: "Here in Pennsylvania, he's at 0 percent support for black people. That's zero, completely 0 percent, no support from black people here. And so we went out and talked to people to kind of figure out why that is. People don't like the rhetoric, but specifically what I heard a lot of was the time when he made fun of the disabled reporter."

SEE MORE: These Are The Most Interesting People We Met At The DNC

KG: "And I have a theory about that because Hillary Clinton is running an ad pretty intensely here in Pennsylvania. I feel like maybe they bring that up because they've seen this ad over and over again."

ED: "Obviously, her ads are working here in Pennsylvania."

You can find these three on Twitter: @KGrumke, @EugeneDaniels2, @MirandaCGreen.