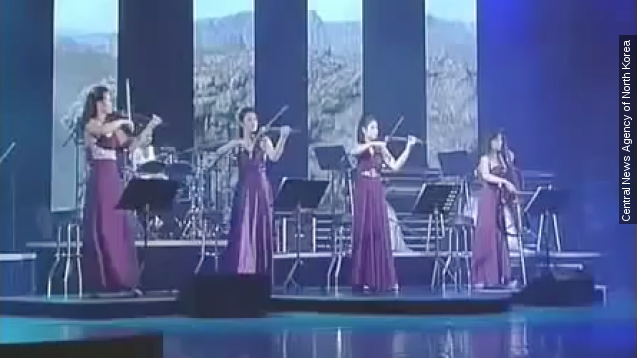 Kim Jong-un could be sending the all-women Moranbong Band to get on China's good side before a U.N. human rights meeting this week.

It's called Moranbong Band. This week it's going to China to promote "deepening friendship."

Kim is a big fan. He's known to get emotional at concerts.

He could be sending the band to get on China's good side before a U.N. human rights meeting this week.

The U.N. could refer Kim to the International Criminal Court for crimes against humanity, but China (or Russia) could veto that move.

Music by “Orientation” by Birocratic / CC BY ND 3.0