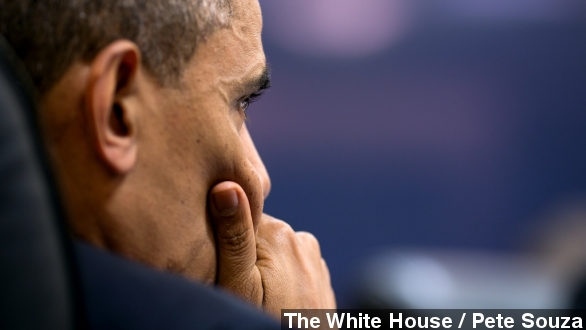 A White House task force made public its recommendations for changing the NSA, including a suggestion to place metadata in the hands of a third party.

The task force gave the report — seen here — to President Obama a few days ago, then met with him at the White House Wednesday morning.

Perhaps the boldest change suggested would place all the phone metadata picked up by the NSA in the hands of phone companies or some other third party besides a federal agency. (Via RT)

Other recommendations would limit the ways NSA analysts can use recordings and would require an annual report to the president on which foreign leaders the agency is monitoring. You'd like to think they'd tell the commander-in-chief about that kind of thing at some point.

Five intelligence and legal experts made up this review board. The New York Times notes the suggestions are a mixed bag of executive orders and actions that would require an OK from Congress.

This task force met privately, under the guidance of Director of National Intelligence James Clapper. The irony of Clapper overseeing a group tasked with reviewing his own agency was not lost on critics. (Via Independent Journal Review / Twitter / @ggreenwald)

This all came about from Edward Snowden's leaks earlier this year. Just Monday, a federal judge said some of the NSA spying Snowden revealed was likely unconstitutional. (Via The Guardian)

The White House had previously said the report would come out in January. Obviously, that date was pushed up — and Wednesday, White House Press Secretary Jay Carney wanted to make it clear you can thank, or blame, the media.

CARNEY: "While we had intended to release the review group's full report in January, as I said earlier, given inaccurate and incomplete reports in the press about the report's content, we felt it was important to allow people to see the full report." (Via MSNBC)

The president and a close circle of his advisers are conducting their own internal review of the NSA. He's expected to discuss details of that review next month.