Will Obamacare Spell Trouble For Progressivism? 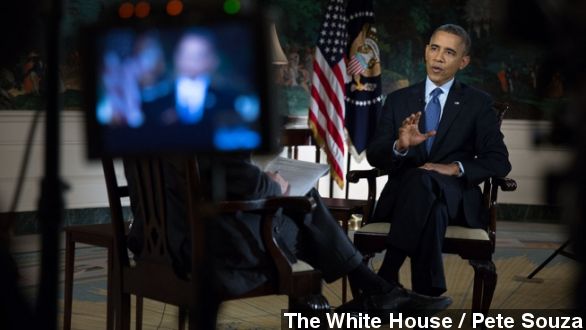 Pundits are starting to question whether the problems with Healthcare.gov spell bigger problems for progressivism as a whole.

In politics there's nothing like seizing an opportunity. Pundits are starting to question whether the problems with Healthcare.gov spell bigger problems for progressivism as a whole.

JON MEACHAM: “ The website problems have the potential for a generation to be used as an argument against government-run programs.” (Via MSNBC)

To be fair, the criticism is coming mostly from conservatives.

LAURA INGRAHAM: "Liberalism, progressivism, whatever you want to call it ... This web site really is a symbol of Obama's failed promises on growing the economy." (Via Fox News)

NANCY PELOSI: "I don’t think you can tell what will happen next year, I will tell you this: Democrats stand tall in support of the Affordable Care Act." (Via NBC)

That’s done little to pacify the Democrats who've been publicly venting their frustrations and seeking their own legislative remedies — Democrats, including former President Bill Clinton.

CLINTON: “I personally believe, even if it takes a change in the law, the president should honor the commitment the federal government.” (Via OZY)

And with that, Clinton singlehandedly reclaimed his significance in the Democratic Party,  says Thomas Basile at Forbes, who predicts the re-emergence of a new, less progressive, Clinton-like brand of liberalism in the years to come.   (Via Forbes)

But bringing disillusioned progressives back into the fold could be tough, as Democratic analyst William Galstons explained to Politico: “Whether this is a speed bump or one of those Florida-size sinkholes is going to be principally determined by how well the White House executes, in a very difficult environment."

Thirty-nine House Democrats voted for a Republican plan last week allowing insurers  to keep selling plans that don’t comply with the Affordable Care Act. The bill is expected to go nowhere in the  Democratic-led Senate.