Will Pippa And Harry Finally Be Godparents? Odds Say Maybe 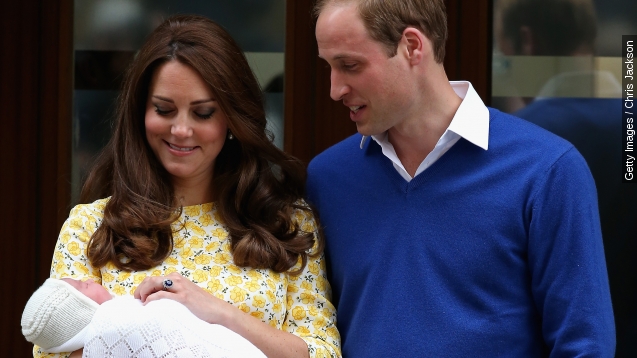 Princess Charlotte of Cambridge has a baptism date, but will Prince Harry and Pippa Middleton finally be godparents? Don't bet on it just yet.

The Duke and Duchess of Cambridge will have their little girl christened on July 5 at St. Mary Magdalene Church. (Video via ITN)

Instead, the royal family has opted for the church at the queen's Norfolk Sandringham Estate, which is where Princess Diana was baptized.

Of course, the bookies are all over this announcement. Just as people placed bets on each of the royal siblings' names, there's currently betting about who Princess Charlotte's godparents will be.

When Prince George's seven godparents were named, Prince Harry and Pippa Middleton were left off the list.

To many, this was a shock. Only one royal relative was on the list: Will's cousin, Zara Phillips Tindall.

But according to USA Today, several royal experts weren't surprised by this decision.

Claudia Joseph, one of Kate's biographers and a royal correspondent, told USA Today she hadn't expected them to be named godparents:

"Pippa is his only aunt and Harry is one of his two uncles, so they already have very important roles in his life," Joseph said.

Another royal correspondent, Robert Jobson, told the newspaper that since Harry and Pippa are already an aunt and uncle, they "will have a role in George's life anyway."

One royal source told People that the couple wanted to include loved ones from both sides of their life.

So does this mean that Princess Charlotte will have more godparents who are directly related to the family?

In short, possibly. According to U.K. bookmaker William Hill, there's a decent chance.

There’s a 5 to 4 chance that the princess will have six godparents. Princesses Beatrice and Eugenie top the list with better than even odds of 1 to 5.

Princess Anne's first child, Peter Phillips, who's the brother of Zara, has 1 to 1 odds.

So that's three spots that we can assume are on lock.

Pippa Middleton and Prince Harry both have odds of 2 to 1 but tie with three other people on William Hill's list.

And don't worry, Harry and Pippa. You could have another chance at getting the honor of being a royal godparent. William Hill places the odds of Will and Kate having three children at 6 to 5.

And personally, I would love to see Kate in her amazing maternity wear again.

This video includes images from Getty Images and Elliott Brown / CC BY 2.0 and music from arizono kazuhiro / CC BY NC 3.0.