Will Smith Talks About Oscars Slap In First Major Interview 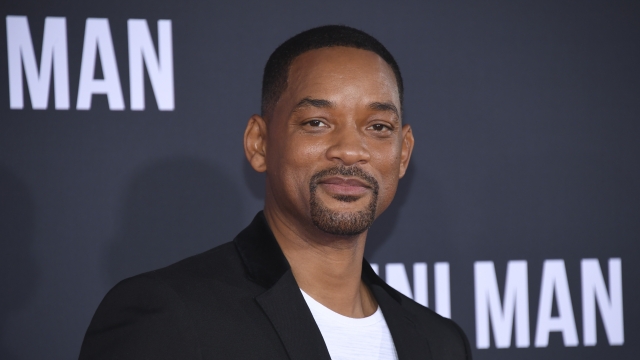 Pop culture expert Stacy Jones spoke with Newsy about Will Smith's strategy to rebuild his rapport with fans after slapping Chris Rock at the Oscars.

Actor Will Smith is opening up about that infamous Oscars slap in his first major TV interview since all of that drama at the Oscars.

Appearing on "The Daily Show," partly to promote his new movie, "Emancipation," Smith told host Trevor Noah about the moment when he slapped comedian Chris Rock on stage during that live Oscars broadcast eight months ago after Rock made a joke about Smith's wife, Jada Pinkett Smith.

"That was a horrific night, as you can imagine. You know, there's many nuances and complexities to it but at the end of the day, I just — I lost it," Smith told Noah. "And you just don't know what's going on with people, you know ... And I was going through something that night — not that that justifies my behavior at all."

Rock said at one of his stand-up shows that he won't be hosting the 2023 Academy Awards, according to a report by the Arizona Republic.

You might remember shortly after that slap, as expected, Smith went on to win the Oscar for best actor. It was supposed to be the greatest night of his career. Ultimately, though, he said it was one of the best and worst nights of his life. Smith ended up resigning from the Academy of Motion Pictures and then was banned from attending the awards ceremony for the next 10 years. He also posted a public apology to Rock on social media. Rock has never really accepted that apology, though he has talked during some of his recent standup performances.

Now, many are wondering if Smith can actually repair his career with this media tour and his ongoing apology. So let's talk about it. Stacy Jones, CEO and founder of Hollywood Branded, joined Newsy's "Morning Rush" to take a closer look at Smith's strategy. Is it promotional for the movie? Or is it a genuine apology?

"Hollywood is a machine, if nothing else, right?" Jones said. "So it's a little bit of both. But there's absolutely strategy here. His team has been working on it. This is not something that there's a known solution for. This is not something that is so horrendous as far as something he's done, but we're all taking it incredibly almost personally, because we all like the guy and this is not who we expected him to be," Jones said. "He fell from a pedestal that night that his adoring fans have really placed him on. No matter what our green-eyed jealousy towards actors who have it all and the general belief that they should be perfect, the role of the celebrity comes with immense pressure to perform and keep it together. We forget that, despite stardom and money and adoring fans, celebrities were just once normal people, too, and are no more naturally equipped to handle messing up than you or I."